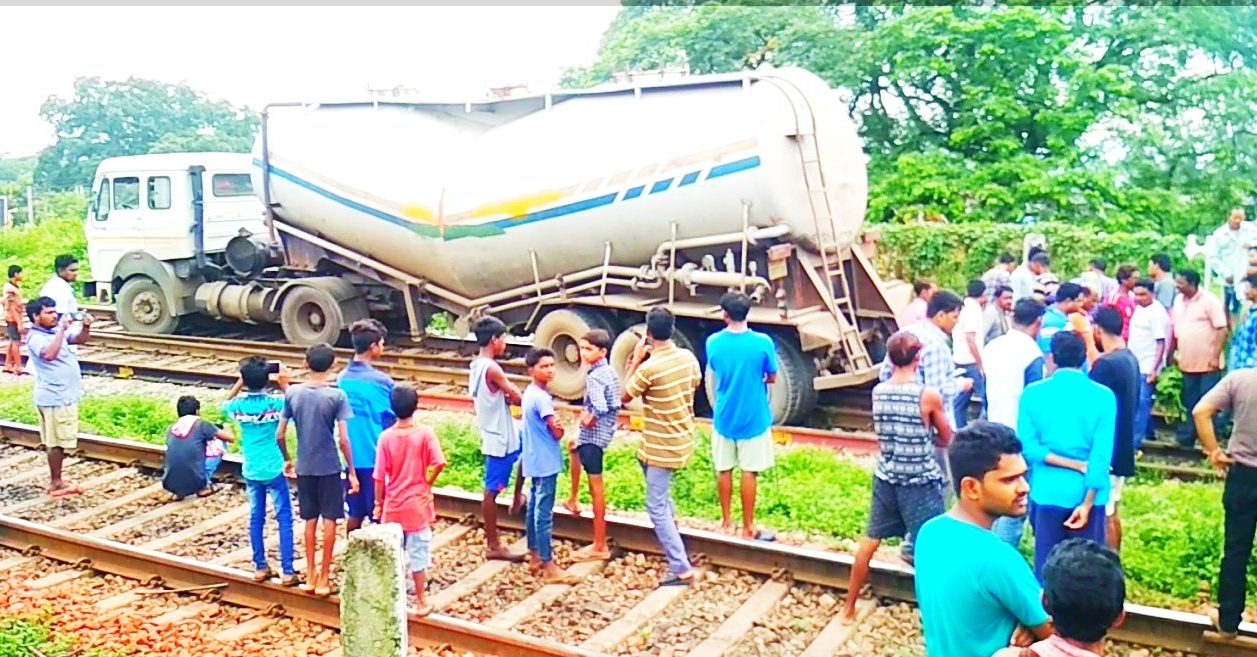 Muniguda: Gandhidham-Puri Express was delayed at Muniguda railway station after a tanker veered into the tracks at the railway crossing on Friday.

According to sources, the aluminium powder laden-vehicle was en route to Jharsuguda from Visakhapatnam when the driver lost control over it after the brakes failed. The driver then turned the tanker onto the tracks to avoid running over anyone.

On being informed, local GRP officials and police reached the spot and removed mangled remains of the vehicke from the tracks.

Rail traffic was restored once the truck was moved away, the sources added.

Two Elephants Crushed By Train Near Rourkela In Odisha; 3rd…