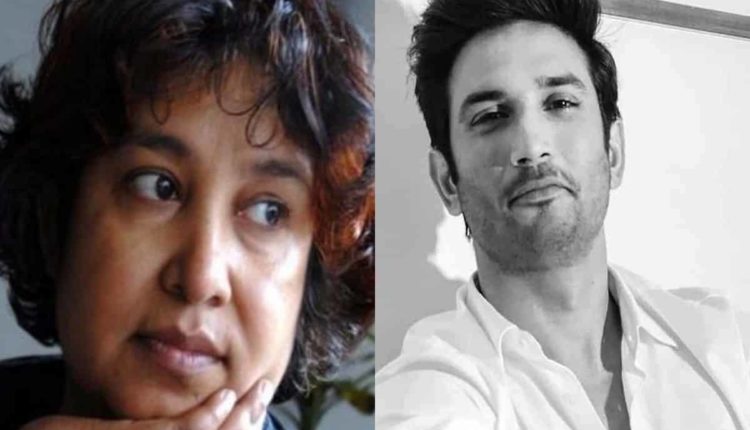 Mumbai: Even as fans and well-wishers are lauding Supreme Court’s decision to hand over the Sushant Singh Rajput case to CBI, controversial writer Taslima Nasreen has kicked a storm on social media with a sarcastic tweet.

“What would happen if CBI says Sushant committed suicide?” wrote Taslima on her Twitter handle.

What would happen if CBI says Sushant committed suicide?

In no time, her post became viral on social media platforms and netizens started commenting.

While some were optimistic that Sushant’s family would get a closure after the CBI probe, others stated that it was a political strategy to amass votes.

Here’s what the netizens tweeted:

Atleast his family will have a closure.. Which is very important.. They'll be able to live in peace.

Not they're not going to say that. If they do they will have to resign and go home? it's our country, our Government, our beloved PM @narendramodi we won't let anything unjust to take place. Atleast not anymore

People should accept it gracefully. But if you wish to declare a result without ever doing a proper investigation than it could happen in banana republic only.

Ma'am, his family had faith over Sushant and it's difficult for them understand why he would take such action. Hence they want to know the truth whatever it might be. That will give them closure.

Makes no difference ultimately .Public having a gala entertainment over it .

Managers Of Ecotourism Destinations In Odisha Under COVID-19 Management Training