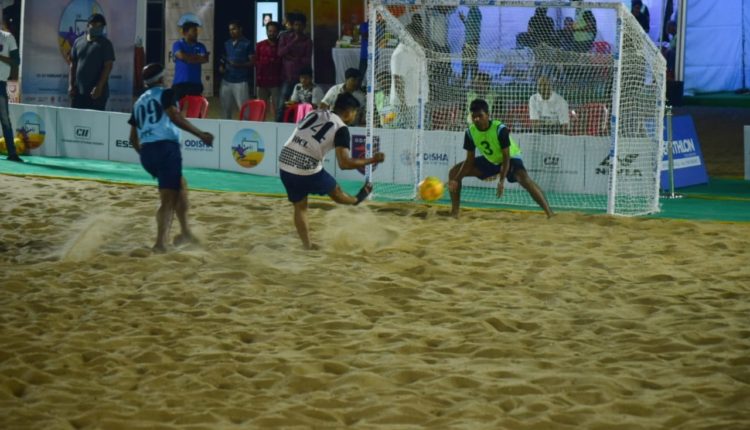 Minister of Industries, MSME, Home and Energy Capt Dibya Shankar Mishra presented the champions title. Sunando Sen of Nalco was adjudged the player of the tournament.

This was the first of its kind beach soccer festival in Odisha organised by Confederation of Indian Industry (CII) in association with Department of Tourism. Odisha Football Club (OFC) was the technical partner of the event.

“We are delighted to see the huge response that the first edition of beach soccer has received. It’s the team spirit of the players that made this initiative a grand success,” said Rajiv Kumar, Chairman, CII Beach Soccer.

Grassroots Manager of Odisha FC Suvam Das said, “It was really an amazing experience to be a part of the Beach Soccer 2021. We, at Odisha FC, have a plan to take the sport to every corner of the state and this is a good step in that direction.”