Telegraph Lands In Trouble For Wordplay On President’s Name 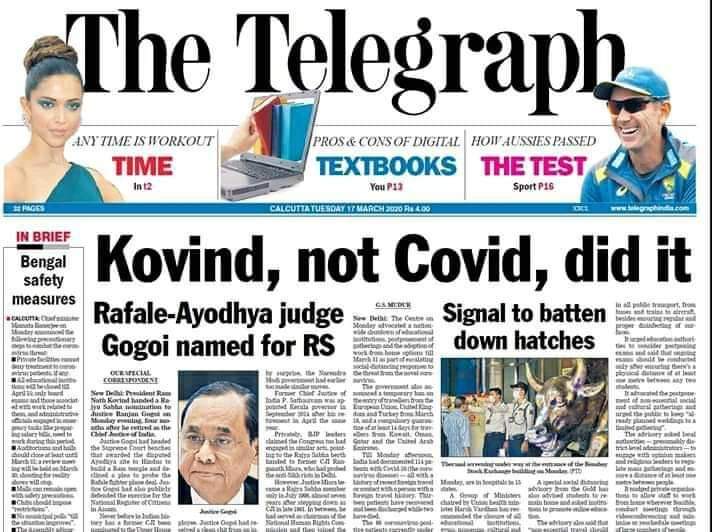 New Delhi: The Press Council of India has issued a show-cause notice to the editor of English daily ‘The Telegraph’ for a front page headline saying “Kovind, not Covid, did it”.

The headline pertained to a news report on President Ram Nath Kovind nominating former Chief Justice of India Ranjan Gogoi to the Rajya Sabha on Monday.

In its show-cause notice on Tuesday, the council said that “satirical comments ridiculing and denigrating the first citizen of the country is uncalled for and beyond the call for fair journalistic comment”.

Notably, the article had described Gogoi as the “Rafale-Ayodhya judge”. Gogoi had headed benches that gave verdicts in the Ayodhya land dispute case as well as on petitions challenging the government’s Rafale deal with France.

Indian Man Falls Asleep At Dubai Airport, Find Out What Happened After That