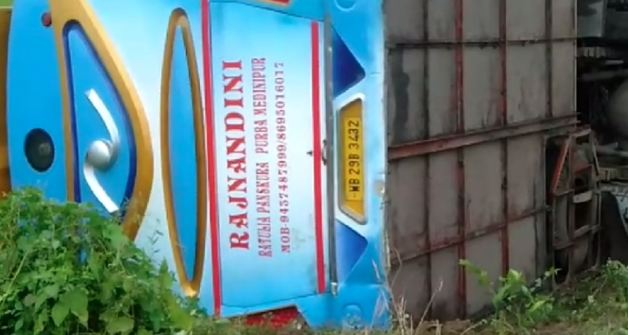 Balasore: Around ten pilgrims were injured, five of them seriously, when a bus in which they were returning to West Bengal after visiting Puri overturned near Haladipada in Odisha’s Balasore in the early hours on Monday.

According to sources, the accident took place near Haladipada on national highway No. 60 when the driver of the bus, carrying around 70 pilgrims, lost control over the vehicle, which skidded off the road and overturned.

A team of police personnel rushed to the site after getting information and shifted the injured to a hospital in Balasore where the condition of five persons was stated to be serious.

The passengers were returning to Digha after darshan at Shree Jagannath Temple in Puri and other shrines in Odisha, sources added.