Tension After Arrest Of Sorcerer In Gajapati 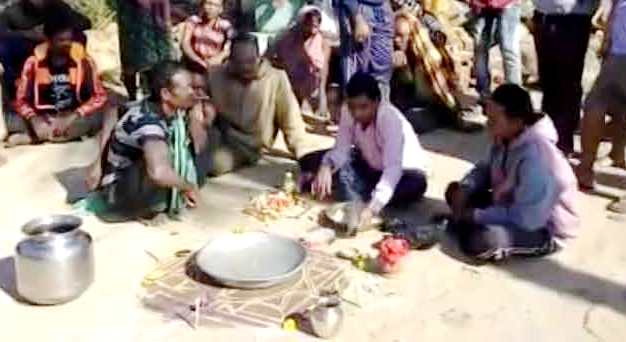 Gajapati: Tension prevailed at Kanteikoli village under Mohana block in Gajapati district on Saturday after police arrested a sorcerer, while he was allegedly performing some rituals to find the reason behind death of a person.

He was identified as Premananda Parichha of Punamari village.

Opposing his arrest, the villagers gheraoed the police van and freed Premanand from their clutches.

Notably, a youth, identified as Ranjan Mallick, had died on October 30. His family members suspected that he died of ‘witchcraft’. They then invited Premanand to the village to ascertain the reason behind his death.

On being informed, police reached the spot and took the sorcerer into custody. But villagers opposed them and threw stones at the police vehicle.

Since police were fewer in number, they had no choice but to let go of the sorcerer. However, efforts are on rearrest him, police sources said.