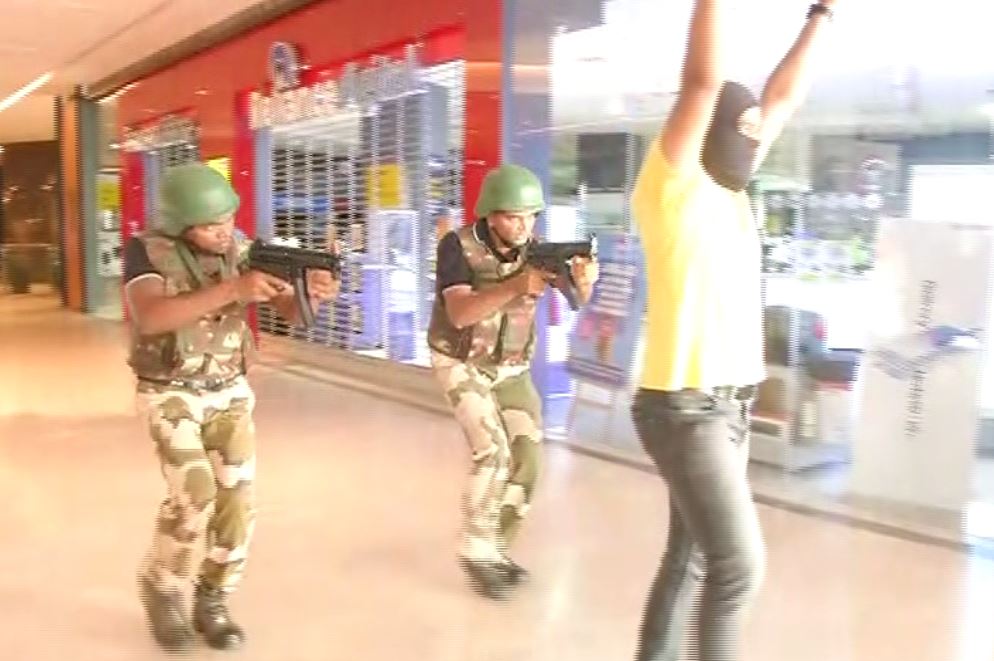 Bhubaneswar: A mock drill to tackle a terrorist attack was organised at a shopping mall in the city on Friday.

A fake terrorist was also caught as part of the exercise at Esplanade One Mall at Rasulgarh.

The interactive drill was aimed to create public awareness regarding the threat of terror and inform the common people on how to prevent, deal with and recover from a terrorist attack, as well as improve community response and mobilisation.

A bomb squad dealt with a simulated threat of explosion during which they traced and deactivated a bomb in the mall.

The first such drill was conducted in the mall on March 28.

Odisha’s Dutee Chand Sprints Her Way To Another Glory