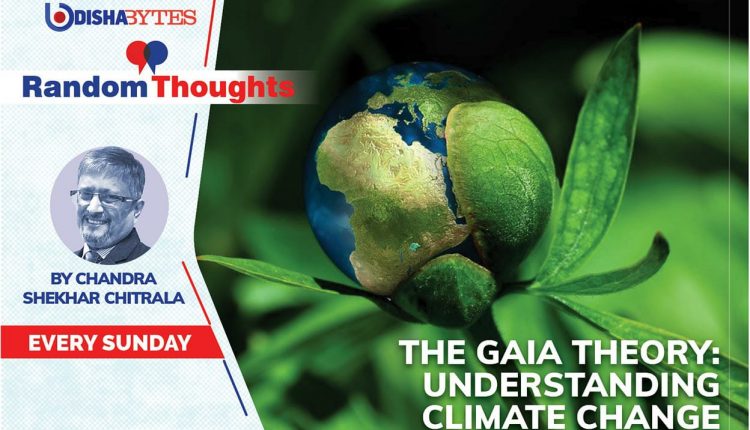 One of the reasons why Hinduism faces ridicule from monotheistic religions is the plethora of gods and goddesses in its pantheon – upwards of 30 million as per some texts.

While there are many explanations and reasons for this proliferation of deities, my personal belief is that this was the easiest way to make the general populace understand the concept of the equivalence of mass and energy and the fact that everything that exists is a part of this duality and the divine – a god for everything around us.

One of these millions of gods is Bhumi or Bhudevi – the earth goddess, most notably Sita’s mother in the Ramayana and for the curse, she laid on Karna in the Mahabharata.

It is interesting to note that not just Hinduism, but most religions and cultures have always depicted the Earth as a goddess, as a mother who nourishes and protects her children – all living things.

This interpretation of the Earth being a living being received a fillip when the Gaia hypothesis was proposed by chemist and inventor James E. Lovelock and biologist Lynn Margulis in the early 1970s. Named after the Greek name for the Earth goddess, the hypothesis puts forward the possibility that the Earth and its biological systems behave as a huge single entity.

This was the first time that a linkage was proposed between living organisms and their inorganic environment that sought to maintain the equilibrium required to sustain life on the planet.

This linkage allowed for the organic as well as an inorganic matter to act as well as react so as to compensate for imbalances in any sphere and thereby ensure the continued existence of life.

Take the surface temperature of the Earth for example. Since the beginning of life on Earth, approximately 3.7 billion years ago, the energy provided by the Sun has increased between 25% to 30%. However, the Earth’s surface temperature has stayed within the levels that allowed life to exist.

This phenomenon has been explained by the CLAW Hypothesis which draws its name from the first letters of its proposers’ surnames – Robert Jay Charlson, James Lovelock, Meinrat Andreae and Stephen G. Warren.

Similarly, other phenomena like regulation of salinity of oceans, the stability of which is essential for the survival of cells, have been at a constant 3.5 per cent despite the salt influx from rivers have been explained by the Gaia theory by showing that it is plate movements and physics, not biology, which performs the regulation.

The Gaia theory also helps explain the balance of gasses in the atmosphere that allows the presence of Oxygen that is a reactive compound, and should eventually combine with gases and minerals of the Earth’s atmosphere and crust thereby showing the stability of the atmosphere in Earth is not a consequence of chemical equilibrium.

While it has detractors, these and many other complex linkages have led to the Gaia Hypothesis being regarded as a Theory and the Geological Society of London awarding Lovelock the Wollaston Medal in part for his work on the Gaia hypothesis in 2006.

But even today, for us to be able to understand the implications of our effect on our environment, it is easier to think of the Earth as our Mother, as a conscious living thing that will react to anything and everything that can cause a disequilibrium. Viewing global warming as being similar to an increase in our body temperature due to an infection, while being simplistic, is certainly more likely to be understood and effective in bringing about behavioural changes in society at large than trying to explain the complex processes that actually cause it.

Omicron In India: Cases Gallop As 9, Including 4 Of A…

Farmer Allegedly Commits Suicide Due To Crop Loss In…