The Man Who Gave Barabati Stadium Solid Pitch; Find Out More About Him 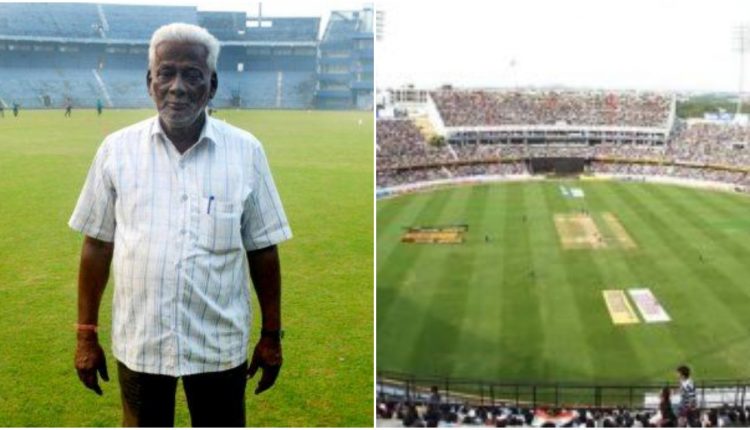 Sarat Chandra Sahu,  a sexagenarian, has dedicated his life as a groundsman and curator to make this stadium live up to its reputation as one of the best in the country till date. Talking to the media, the 65-year-old curator, affectionately called Babaji Sahu, said his career began under difficult circumstances.

“My family’s financial background was very poor. To sustain my family, I left Cuttack at the age of 15 in 1969 to work as an assistant to curate the pitch at Eden Gardens in Kolkata. After working there for 14 years, I was invited by the Odisha Cricket Association (OCA) in 1993 to curate the pitch at the Barabati Stadium. Since then, I have been preparing the pitch for the matches played in different formats,” he added.

Asked how long he will be able to take this responsibility, he said “Being a die-hard cricket lover, age is just a number for me. I will work as a curator as long as OCA will give me the opportunity.” The veteran curator is now busy preparing the pitch for the ensuing one-day international match between India and West Indies scheduled on December 22.

Praising Sarat’s diligence, former Odisha Ranji player Pawan Agarwal said, “After the conclusion of the Ranji Trophy matches, all our team members gave him a cash reward. Sarat has completed 50 years as a curator. The pitch he had made in Barabati Stadium had witnessed high-scoring matches in the one-day internationals while players like Mohammad Azharuddin, Ajay Jadeja and Mahendra Singh Dhoni had put up a huge score at this stadium. The entire credit should go to him and he thoroughly deserves the accolade,” Agarwal said.

OCA had announced a cash award of Rs 2 lakh to Sarat for making an excellent sporting pitch at Barabati for the IPL (Indian Premier League) T 20 match played on May 7, 2014, in which Kings-XI Punjab had put up their highest first innings score of 231 against Chennai Super Kings.

Odisha Govt Not To Scrap Vehicles Older Than 15 Years

World Test Final: $1.6 Million Up For Grabs As Virat Kohli’s…