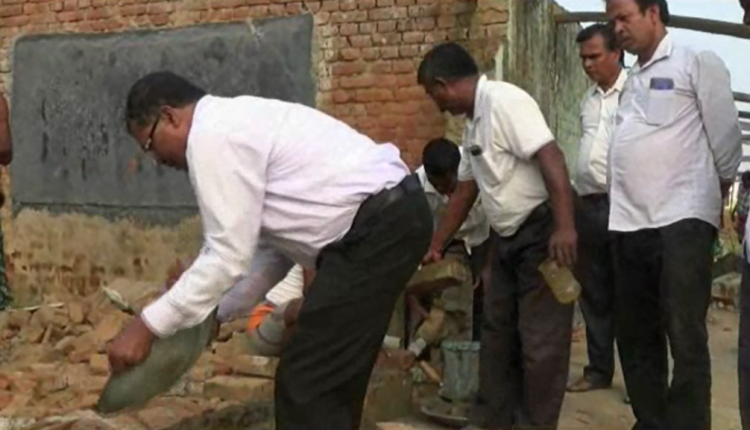 Puri: Worried about the plight of his students post cyclone Fani, the headmaster of a High School under Nimapara block in Puri district is now constructing class rooms of his school with his own income.

What is more, Lingaraj Mangaraj, Headmaster of Dhanua High School and his colleagues also lend a helping hand to the workers in constructing the classrooms.

Since some of the classrooms were completely destroyed during Fani, all the students of the school could not attend school at the same time due to shortage of space. Not wasting any time in asking and waiting for donations, Lingaraj started doing the construction work with his own money.

According to sources, though the state government had announced donation for the school building, seven months after Fani, the money has yet to come.

Till the time the construction is on, some classes are being held in a hospital premises nearby.

The Man Who Gave Barabati Stadium Solid Pitch; Find Out More About Him