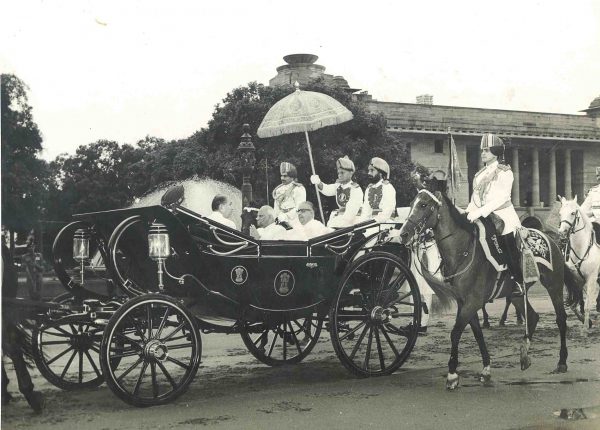 Bhubaneswar: The odds are clearly stacked in favour of NDA presidential candidate Droupadi Murmu, who, if elected, will become the second from Odisha and the first woman from a tribal community to occupy the country’s top constitutional post.

She is already leading after the first round of counting by securing 540 Parliament votes worth 3,78,000 against 208 votes with a value of 1,45,600 polled in by Opposition joint candidate Yashwant Sinha. The results of the 16th Presidential elections are likely to be declared later in the day once counting of votes from states is completed.

Prior to her, Odisha has seen another veteran politician VV Giri being elected as the President of India in 1969. And this election was one be the most talked-about Presidential election in the country so far.

Giri was born to a Telugu-speaking family in Odisha’s Berhampur on August 10, 1894, and he attended Khallikote College in his hometown. The house where he was born is now a girls’ high school named after him. A road in Berhampur and an old market area have also been named after him.

When Zakir Hussain suddenly died of a heart attack, Giri became acting president. The Congress party then made Neelam Sanjiva Reddy its official candidate, who was a former speaker of the Lok Sabha. Giri too filed his nomination for the highest post as an independent and Indira Gandhi decided to support him in violation of party tradition and discipline. She even appealed to the party MPs and MLAs to vote on the voice of conscience, DNA reported.

According to The Wire, it was believed that Giri was propped up by Indira Gandhi during a time when the “old guard” in the Congress — the Syndicate — was planning to expel her.

With a large number of Congress MPs and MLAs extending their support to Giri, he won the election by a little more than one per cent of the votes. Giri secured 420,077 votes while Neelam Sanjeeva Reddy got 405,427 votes. There were a total of 15 candidates in the fray.

Giri is the only Independent candidate to have been elected to the post of President so far. He served as the fourth President from August 24, 1969, to August 24, 1974. During his tenure, he gave his assent to two revolutionary documents — the Shimla Agreement, a peace treaty signed between India and Pakistan, and the bank nationalisation Bill of 1969.