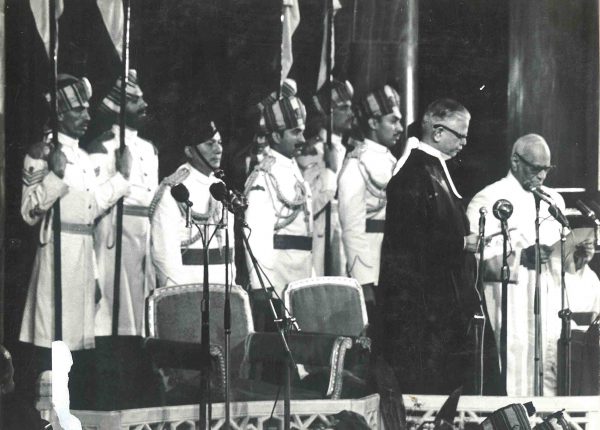 Bhubaneswar: With the BJP-led NDA announcing former Jharkhand governor and tribal leader Droupadi Murmu as its Presidential candidate for the upcoming elections next month, she might become the second Odisha-born person to hold the top constitutional post.

The fourth President of India, VV Giri was born to a Telugu-speaking family in Odisha’s Berhampur on August 10, 1894, and he attended Khallikote College in his hometown. After spending 20 years in the state, he went to Ireland to pursue law at University College Dublin. There he became engaged in the Sinn Féin (Irish political party) movement and was expelled from Ireland in 1916.

On returning to India, Giri joined the Congress, rose in the party ranks and actively participated in the freedom movement. After India got independence, he was made India’s first high commissioner to Ceylon (Sri Lanka). He was elected to Lok Sabha as an Independent candidate in 1952 and was made minister of labour in the central government but resigned in 1954. He was then successively appointed as governor of Uttar Pradesh, Kerala, and Mysore (now Karnataka). In 1967, he was elected vice president of India.

On the death of President Zakir Husain in 1969, Giri became acting president and announced his intention to stand for the presidency. With the support of the then Prime Minister Indira Gandhi, through the party’s nomination went to another candidate, he was elected President by a narrow majority. Giri entered the Rashtrapati Bhawan on August 24, 1969, and held office for a full term until 1974.

He is the only Independent candidate to have been elected to the post of President so far. His election also secured the leadership of Indira, who was facing opposition from the “old guard” in the Congress, for two more years.

Back in the present, Droupadi Murmu is pitted against the Opposition’s presidential candidate Yashwant Sinha. If Murmu wins the elections slated for July 18, she will become the first Odia and first tribal person to hold the post. Born on  June 20, 1958, in Baidaposi village of Mayurbhanj district, she belongs to the Santal family, a tribal ethnic group.