The Time Is Ripe To Imbibe Gandhiji’s Invincible Spirit 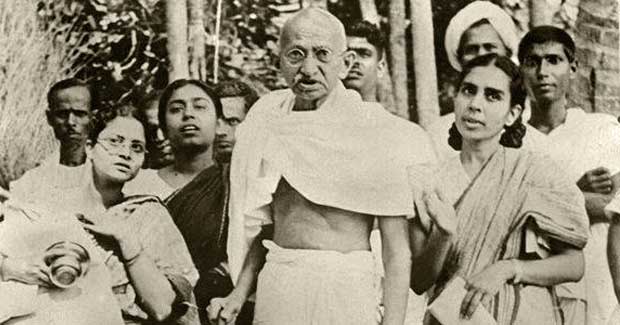 “Generations to come, it may well be, will scarce believe that such a man as this one, ever in flesh and blood walked upon this Earth,” said Albert Einstein about Mahatma Gandhi.

Steering a country ravaged by loots and pillages, vanquished under years of tyrannical fiefdom and reeling with illiteracy, poverty and inequality needed the Mahatma to march behind and find light. I can’t imagine a pre or post 1947 without the Mahatma.

He fought the depraved with the deprived, the most sophisticated with the most marginalised, without fighting. His scheme of a fight followed the preparation of his Army with higher human traits. Armies make soldiers and garrisons impenetrable. He made human beings invincible. No one could dare to even imagine such a transformation, leave aside working on each individual like he did, in a country of India’s diversity, scale and innumerable peculiarities.

Every individual responded to the magician who prescribed a path, which was difficult, uncharted and supposedly without a quid pro quo. A mass movement, without violence and facing tyranny of the worst form and galvanised at the call of this frail man with the bare minimum clothes to cover him was an orison (prayer) for the entire nation and the world. Humanity needed to be reminded of humanity, the purpose of humanity and Mahatma was a God-sent with that mission.

In my ancestral house, the room where he had spent time has been cordoned off and is a house temple now. I am sure in many houses in our country, Mahatma is an incarnation. An incarnation, because I believe that he was a rare human, an embodiment of the greatest tenet of life – As Within, So Without, As above – As in Heaven – (Your own mind) So below – So on Earth – (In your body and environment). In Tibet and Egypt, they say, ‘As above, so below.’ Zen says, ‘As within, so without.’ In public life, he had no duplicity in any facet of his life. What we saw was what we got. He made his mind a beautiful servant and never allowed it to be a dangerous master.

The Father of my Nation was never a split man. He decided on last mile campaigns, travelled to the last house in the villages and campaigned against foreign rule with arduous campaigns – the non-cooperation movement, civil disobedience or the Champaran movement. Never once was he irresolute or unsure.

He was unperturbed even in the face of detractors in his own party. So true was he to himself and to others that millions lay bare their bodies at his call, allowing themselves to get hurt and be humiliated in public. All because he had transformed these men and women from within. That is why he is Maha Atma. No army in this world can defeat a human who is true. They could not.

Centuries of conditioning had made a common Indian, a crowd — divided, split, contradictory. There was inner chaos. One part went one way, the other part went in just the diametrically opposite way and it was almost impossible to keep oneself together. He helped re-engineer India. He helped put the individuality together in people, who were divided by cabals of politics. From daily habits, diet to morality, education and rural economy the Maha Atma was the saint who practised. He was walking and living with Indians in every part of the country. The world was stupefied.

So undivided and integrated was he that on Independence Day, he was at Kolkata facing toxic communal riots and helping stitch the cracks of disharmony. He was concerned about his children and not about power politics. Who could have stopped Gandhiji from taking the highest position of power and rule in the country? Only he himself.

On this day, let us hope to see more centred human beings in all of us, away from chicanery and greed. Consumerism in life has almost swallowed us but let us look at his life once and be proud that we are his children.

Mahatma Gandhi has to be omnipresent and India can certainly achieve a US$5 trillion economy. We need not be inhuman for he had shown to the world that, “In a gentle way, you can shake the world”.

(The writer is a columnist based in New Delhi. The views are personal)