There Is A Common Face In SSR, Raj Kundra & Aryan Khan Case; Who Is This Man? 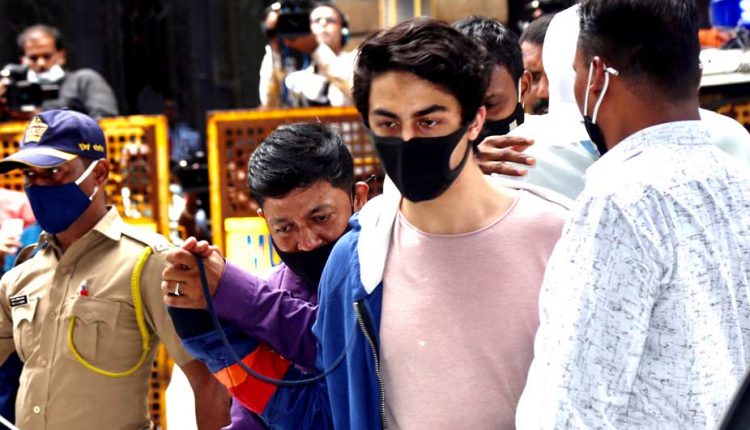 Mumbai: The presence of a person called Kunal Jani in a video shared on Sunday by an ‘independent witness’ in the cruise drugs case that purportedly shows absconding witness KP Gosavi recording an audio of Aryan Khanat the NCB office in Mumbai is raising eyebrows.

Jani was earlier arrested in a separate drugs case and was also briefly seen in the video presented at the NCB office. Jani is the director of a prominent restaurant in Mumbai’s Bandra, News18 reported.

However, news agency PTI quoted NCB sources as saying that Jani was arrested by the agency in a separate drugs case and he was present at its office when Aryan Khan was brought there as his (Jani’s) statement was also being recorded.

Jani was arrested by the NCB on September 30 in connection with a drug case in which Agisilaos Demetriades, brother of actor Arjun Rampal’s partner, is also an accused. Demetriades was accused of running a drug syndicate. Jani got out on bail on October 10.

A look at Jani’s previous track record suggests his associations in a string of cases involving celebrities, the report added.

NCB sources said that Jani’s name first appeared in the case linked to actor Sushant Singh Rajput’s death. The Enforcement Directorate officials had found a chat group of Jani and Rhea Chakraborty where drugs were being discussed. The agency had alleged that though no drugs were found in Jani’s possession, he acted as a mediator for drug peddlers and clients and his name had cropped during questioning of those arrested following the death of Rajput.

Jani’s name also appeared in actor Shilpa Shetty’s husband Raj Kundra’s case where Kundra was a partner in Jani’s hotel. Kundra is an accused in a pornographic films case, who got out on bail last month.

Jani’s name emerged after the Mumbai drug bust case took a turn on Sunday after Prabhakar Sail claimed that Rs 25 crore was demanded by an official of the Narcotics Control Bureau (NCB) and other persons, including Gosavi, to let off Aryan Khan, arrested in the case, the report added.

What is the video about?

The purported video shows Prabhakar Sail (40), a driver of absconding alleged private investigator KP Gosavi, whose selfie with Aryan Khan went viral, claiming that he is a personal bodyguard to Gosavi. According to reports, in the video, Prabhakar is claiming that his signatures were taken on blank papers by the NCB officials. “There was discussion of a bribe to Sameer Wankhede…I collected Rs 50 lakh in cash,” Prabhakar said in Marathi. Prabhakar Sail, the ‘independent witness’, shared the video with media persons.

The Brave And Fiercely Loyal Captain John Jacob: ‘I Have Taken An Oath To Netaji…’