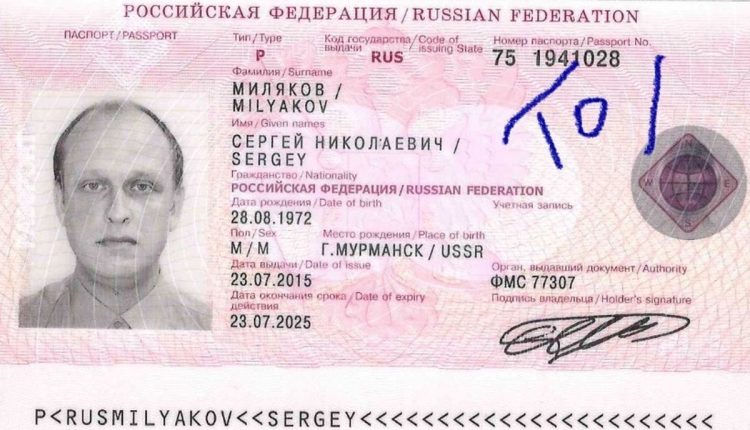 Paradip: Even as mystery continued to surround the death of two Russians in Rayagada, another Russian national was found dead in Odisha’s Paradip on Tuesday. Director General of Police (DGP) Sunil Kumar Bansal said Crime Branch probe may be ordered into the fresh incident only if necessary.

The Russian national, identified as Myliakov Sergey (51), was found dead in a ship at the anchorage of Paradip port in Jagatsinghpur district in the early hours. He was the chief engineer of the ship.

This is the third mysterious death of a Russian national in less than a fortnight. Russian lawmaker Pavel Antov and his friend Mikhail Bydanev were found dead in a hotel at Rayagada in a span of two days.

On getting information that he was unwell, the medical team of Paradip port rushed to the spot and found him dead. The Paradip Police was informed about the incident following which cops recovered the body. The body is being sent Paradip Port Hospital for postmortem.

From the preliminary investigation, it is suspected that he died due to a heart attack. “Marine police along with other statutory authorities will carry out an investigation and after that only the final report will be available,” said police.

Paradip Port Authority (PPA) Chairman P L Haranadh said inquiry is in progress and proper information will be available later. Appropriate steps are being taken as per protocol, he said.

Speaking on the incident, DGP Sunil Bansal said the port authorities had informed the local police and investigation is being carried out.

To a query about the possibility of Crime Branch probing the incident, the police chief said a decision on this will be taken after examining all the aspects thoroughly. “Let’s see, .. what comes out,” he said, adding that if required, Crime Branch probe will be ordered.

The ship had reportedly come from Chittagong port in Bangladesh to Paradip port for iron ore. It was supposed to go to Mumbai.

It may be noted here that two Russians, including lawmaker Pavel Antov, died at a hotel in Rayagada under mysterious circumstances last month.

Four Russians visited Rayagada and checked into a hotel on December 21. On December 22, one of them identified as Vladimir Bydenov was found dead. Two days later on December 24, Antov died. The Crime Branch is investigating the case.