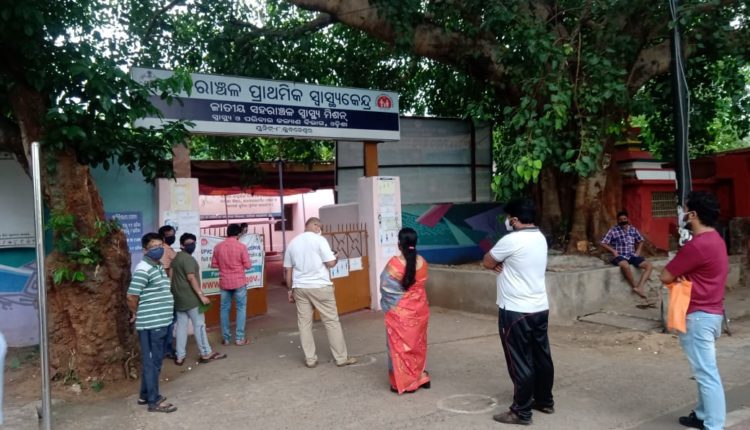 Bhubaneswar: State governments, including Odisha, are having a tough time motivating people to take their second shot of COVID vaccine. They have been thinking of innovative methods of spreading awareness regarding the importance of the second dose.

The majority of states across the country are concerned due to the long interval between the two doses of Covishied, which is as long as 12-16 weeks.

Whatsapp texts, catchy slogans, drum beat announcements, reminders via temples and mosques, separate counters — the states have started upping their ante to ensure people get their second dose of the COVID-19 vaccine.

With the number of infections going down, the state governments are concerned that complacency will set in among citizens when it comes to getting vaccinated. As states have slowly opened up shops and institutions, people have resumed economic activities which could also make them miss their second dose.

According to state officials in Odisha, Punjab, Haryana, Rajasthan, Meghalaya, Jammu and Kashmir, Chandigarh, Bihar, Ladakh, Himachal Pradesh and Uttarakhand, frequent reminders are being sent to the beneficiaries either via dedicated call centres or through CoWin. Teams of ASHA and Anganwadi workers have also been deployed to encourage beneficiaries to get the second dose as per their due date.

“The interval between two doses of Covishield is 12 to 16 weeks which is quite long for beneficiaries to remember as they get involved in routine day to day activities,”  Director of Family Welfare Dr Bijay Panigrahy told the media.

He further said that people are also not keen to take the second shot despite being sent reminders on phone.

“Since the beneficiaries are not coming in time, SMS is being sent from Co-WIN regarding the date of the second dose. List of those who have skipped the second dose will also be published by respective district authorities,” he said.

The Odisha government has instructed all districts to track and mobilise due beneficiaries through ASHAs. “The duelist is being downloaded from Co-WIN by districts and used to mobilise beneficiaries via frontline workers,” the official said.

Only 76 lakh have so far been administered both doses of the vaccine. “The second dose administration has been slow in parts of the state, especially in tribal areas,” he added.

Also Read: Only 28% Of Target Population Fully Vaccinated In Odisha

Meanwhile, Odisha had ramped up the immunisation process after the rise in the allocation of vaccines by the Centre. It had set a target to inoculate over 3.5 lakh people a day from September 1 and cover all over 18 years of age with at least a single dose of COVID vaccine by the end of the year.

On Monday, 4.16 lakh vaccine doses were administered, the highest in a day.

Health experts, however, pointed out that the drive, at the current pace, may not be able to achieve its target of vaccinating the entire eligible population by December 2021.