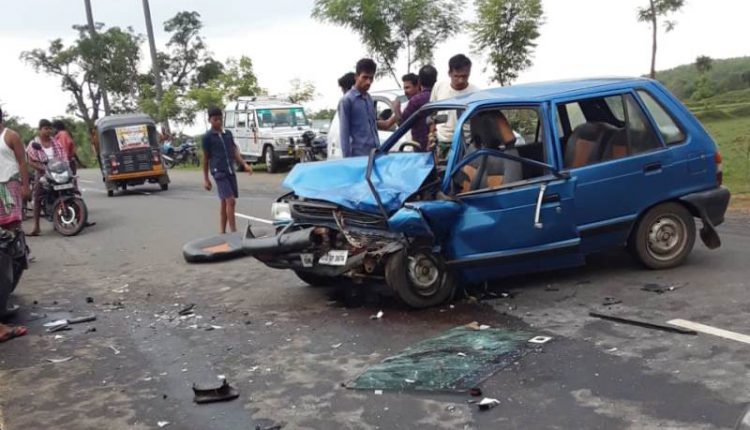 Nayagarh: Twelve persons were injured in a series of car crashes at Kaliapada under Daspalla police limits of Nayagarh district on Monday.

Sources said the accident took place when guests in two cars were returning from Bijipur near Kantilo after attending a wedding ceremony. Another car speeding from the opposite direction hit the first car, following which the second car rammed into the rear of the first car.

All the three cars were damaged and 12 person, travelling in them, were injured.

Gania Police, with the help of residents, rescued the injured persons and took them to the Daspalla Community Health Centre. Of them, seven were shifted to Nayagarh district headquarters hospital in a critical condition.