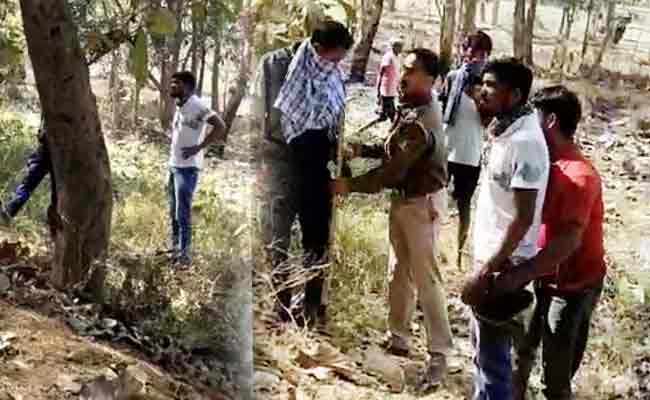 Balangir: An hour-long operation by police forced three members of a dacoit gang to surrender in Loisingha area in Balangir district on Saturday.

According to sources, two brothers of Kusanga village, Jyoti Ranjan Nayak and Jana Ranjan Nayak, were on the way to Jan Seva Kendra owned by them at Jharmunda village on Saturday morning when five dacoits came on two bikes and hit their two-wheeler near Ambabali Chhak. As the brothers fell down, the dacoits took away their money and fled.

On being informed about the incident by the two brothers, Loisingha Police rushed to the spot. When the police traced the dacoits and gave a chase, the latter opened fire at them and went inside a nearby forest.

As the news about the police chase spread, the people of Kutasingha village armed with weapons entered the forest and cordoned off the dacoits. Finding no way to escape, three dacoits surrendered while two managed to escape.

Later, police brought the three dacoits to the police station for interrogation. Efforts are on to nab the two absconding dacoits, police said.

Balangir SP Kusalkar Nitin Dagudu said of the three dacoits, one is from Chhattisgarh and two others are from Balangir district while the absconding dacoits belong to Jharkhand. The dacoit of Chhattisgarh is involved in a loot case in Sambalpur.