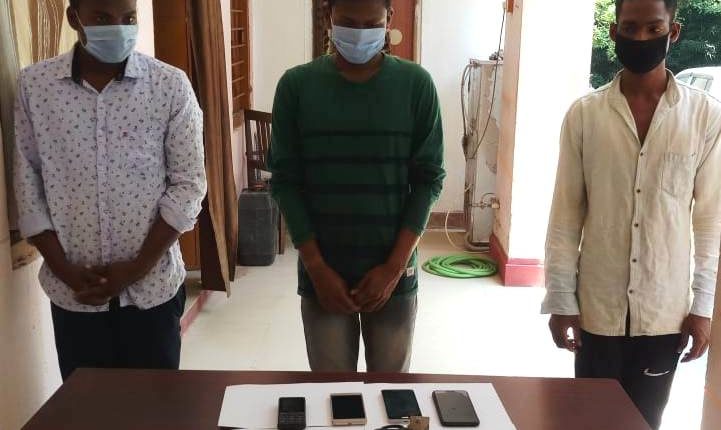 Bhubaneswar: The Commissionerate Police on Monday forwarded three arrested miscreants, involved in the looting of a motorcycle and gold chain from a couple at Balianta on the outskirts of the city, to the court.

They have been identified as Biswajit Swain (26), Silu Samal (22) and Sibasish Das alias Raja (22) of Korua village under Naugaon police limits in Jagatsinghpur district.

According to police sources, the three accused had looted a gold chain from Sulochana Pati and a motorcycle and a mobile phone from her husband at gunpoint near Bhingarpur Chhak on June 25 while they were on their way home.

Following a complaint lodged by the couple, police began an investigation and tracked them down with the help of the snatched mobile phone of the couple.

A gold chain, two gold lockets, four mobile phones, Rs 1000 in cash and a country-made revolver were seized from their possession.