Three Steps That Can Boost Tourism In Odisha 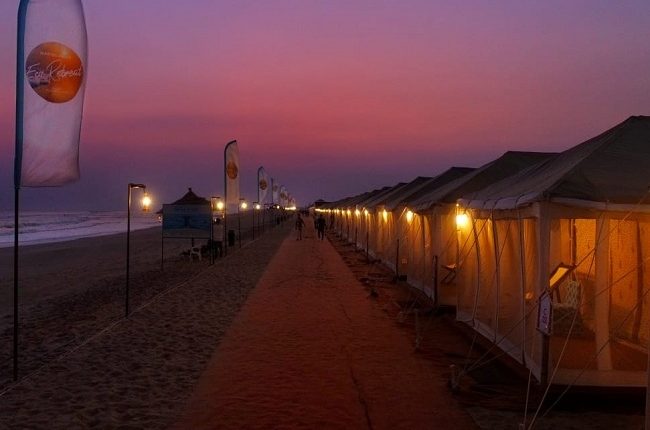 Odisha – often referred to as ‘India’s best kept secret’ – has immense natural beauty and a rich cultural heritage, which can only be truly appreciated by visiting the state.

Odisha offers a multitude of amazing sights and experiences for travellers and tourists alike. Be it beautiful temples, magnificent monuments, clean beaches, alluring forests, peaceful spiritual retreats or breathtaking landscapes, Odisha has all of that and much more.

However, despite offering an abundance of attractive tourist sites, Odisha doesn’t have any landmarks with the same international appeal as the Taj Mahal of Uttar Pradesh, the Amber Palace of Rajasthan, or the floating casinos of Goa.

For these reasons, the tourism sector of Odisha remains significantly smaller than those of similar sized states in India.

According to recent statistics Odisha attracts around 15 million domestic tourists each year.

This number alone may sound encouraging, but the issue is that most of these tourists are domestic travellers from India, and only a small fraction of them are international tourists. According to a State Tourism department report, foreign tourist inflow to Odisha fell by 99 per cent in 2021-22 while domestic tourists fell by 84 per cent.

Odisha needs to attract more foreign tourists because they usually have higher purchasing power and, thus, benefit the state economically to a larger extent.

The state government has been focusing on infrastructure initiatives. But a lot more needs to be done.

Upgrade of existing airports and the setting up of new airports in the state are also on the charts. Moreover, the government has identified sites for allotment of land to build new hotels, and is providing hoteliers in the state with lucrative tax incentives. These new allotments will only be offered to reputed hotel companies to ensure high quality hotel options for travelers, industry insiders said.

Nothing can spice up a vacation like a visit to a casino resort. From the beautifully decorated game halls to the high-spirited atmosphere, the all-you-can-eat-buffets and the amazing live shows that often take place at these venues, casinos are like something out of a different world.

Looking at the popularity of states like Goa and the booming tourism industry they have, Odisha may try to emulate their success by implementing similarly relaxed gambling laws and allowing for private operators to open casino resorts within the state, tourism experts opine.

Alternatively, Odisha could avoid the legislative challenge of having to legalise casinos by simply allowing floating casinos on the Mahanadi River or other water bodies that are not part of the actual territory, those favouring casinos suggest.

Currently, online casinos are not explicitly prohibited in Odisha though all kinds of gambling activities are deemed illegal going by the Orissa Prevention of Gambling Act 1955. But if physical casinos were allowed to operate in the state, it wouldn’t just boost tourism and attract hundreds of thousands of high-income foreigners, it could potentially open up a whole new industry and revenue stream for the state, they point out.

Casinos are still very uncommon in India, but they remain incredibly popular in many places around the world, including in most western countries where India gets most of its tourism from.

“If Odisha can be one of the few Indian states to open up for casino development, it would allow us to capitalise on the popularity of casinos and become known as a high-class tourist destination, before other Indian states make the same move,” said a hotelier.

Lastly, no destination, no matter how good it is, will receive any tourists if no one knows it exists. From an international perspective, Odisha maybe a bit of an obscure Indian state that most people don’t know about. The government has been trying to turn this around by actively promoting Odisha through blogs, social media and advertisements.

In addition, a series of roadshows demonstrating the rich culture and heritage of Odisha are also organized to attract international tourists. The state also participates in fairs and festivals throughout the year.

The Odisha Tourism department has been promoting its new product ‘Eco Retreat’, an exclusive luxurious event especially on the Ramchandi Beach for solitude seekers. The retreat also includes long drives across the Puri-Konark marine drive and a visit to the famous Konark Temple. Such events (along with many others) will help reinforce the idea that Odisha is an active state where things are always happening, feel experts.

COVID Care Centres In Bhubaneswar To Be Closed As Cases Decline

Jet Airways To Resume Commercial Flights In Next Quarter