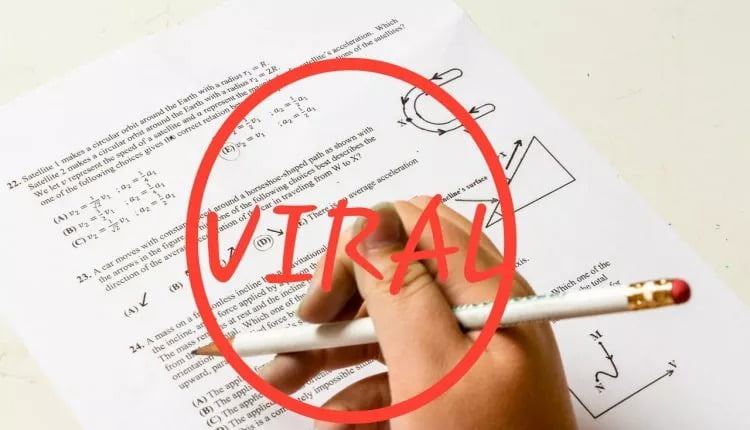 Cuttack: The Board of Secondary Education placed three employees in charge of examination duty in Kalahandi district under suspension, hours after the Mathematics question paper of the ongoing annual High School Certificate examination went viral on social media on Saturday.

Briefing journalists here, BSE president Dr Jahan Ara Begum said the district education officer suspended the centre superintendent, invigilator and a reliever at the Paramananda Ucha Vidyapeeth. “The DEO has been asked to lodge a complaint against them at the police station,” she said.

The leak came to light after Set-D of the Mathematics question paper and a copy of an admit card were found floating on social media in Balangir and Kalahandi districts half an hour after the exams commenced on Saturday.

While admitting that long questions from Set D of the Mathematics paper had leaked, the BSE president said the source of the leak had been established and the board will initiate stern action against those involved without delay.

Pak’s Use Of F-16: US Seeks Information On Violation Of End-User Policy