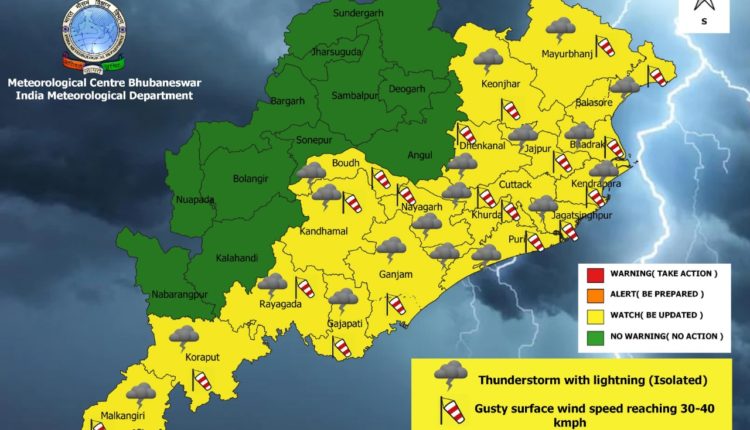 Bhubaneswar: With the south-west monsoon set to enter the South Andaman Sea & adjoining Southeast Bay of Bengal during the next 24 hours, there will be a change in weather condition in Odisha, said India Meteorological Department (IMD) on Thursday.

The national weather agency, in a mid-day bulletin said a low-pressure area which is going to form over the North Andaman Sea and its nearby areas of the east-central Bay of Bengal in the next 48 hours and then concentrate into a cyclonic storm in the subsequent 28 hours on May 24, will help the south-west monsoon advance towards the southern coast. Under its influence, there will be pre-monsoon rains in Kerala towards the last week of May and later in Andhra Pradesh and Odisha in the first week of June.

On the prevailing weather condition in Odisha, the IMD said although there is a steep rise in the day temperature in the interior districts, the coastal districts are experiencing intense humid conditions.

“As the sea wind has started blowing towards the coast carrying enough moisture, this will cause sudden precipitation with thunderstorm, lightning and gusty surface wind speed in most parts of the coastal districts and some parts of interior districts which will prevail till May 25,” it added.

Keeping the changing weather condition in view, IMD has issued a two-day yellow warning for the following districts: