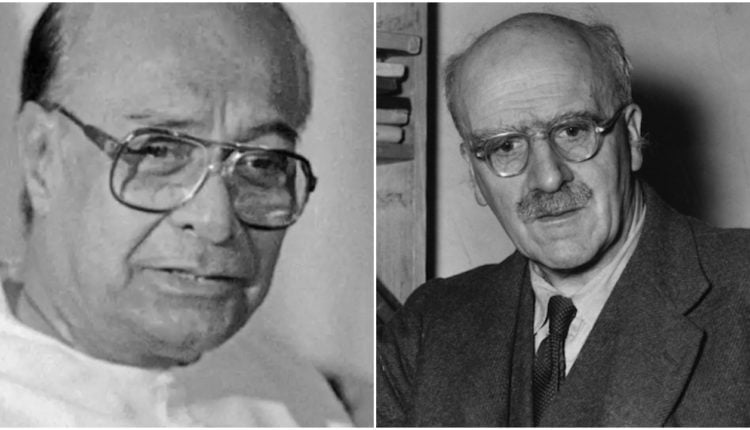 Bhubaneswar: Biju Babu’s first spell as the Chief Minister of Odisha lasted just 27 months; in spite of his short stint, he left an indelible mark in the history of emergent Odisha. He ran a powerful and efficient administration and injected a rare dynamism into the administration that was never seen again. Odisha was thrown into the national limelight. He had greater and bigger plans for the State, but his tenure was cut short by the magnanimity he showed during the implementation of the Kamaraj plan. Given a choice, Biju Patnaik could have easily wriggled out and stayed put, but he was one of the first to throw his hat into the ring.

In  1951, he made a generous grant and established the international Kalinga Prize for popularizing science and technology. He entrusted the responsibility of selection of the fittest candidate for the Prize to UNESCO. First awarded in 1952, the Kalinga Prize is presented annually by UNESCO to a person or persons, who made an outstanding contribution to the interpretation of science and technology for the general public. It was regarded as a prestigious international recognition, second only to the Nobel Prize.

Biju Patnaik had plans to develop a Science City and had earmarked the present site of the Sambalpur University at Burla for the project. His vision was to invite top scientists of the world to come to Odisha. He had chalked out the setting up of state-of-the-art laboratories and facilities and had invited Dr Krishna Dronamraju, President of the Foundation for Genetic Research at Houston, to help in establishing a new Science Center at Bhubaneswar.

In 1961, Biju Patnaik invited internationally known biologist, scientist and philosopher, Prof JBS Haldane to come to Odisha and continue his work on genetics.

Haldane was among the greatest scientists of the 20th century. Haldane had migrated to India in 1957 and his friendship with P C Mahalanobis led him to join the Indian Statistical Institute at Kolkata where he headed the Biometry unit. He collected a small band of enthusiastic young students and started research on various topics.

Haldane became an Indian citizen and adopted vegetarianism. He was keenly interested in inexpensive research. However he was not comfortable in the bureaucratic structure, and his relationship with the establishment soured before long. He wanted to leave India, but Vice President Radhakrishnan asked MS Thacker, the head of the Council for Scientific and Industrial Research (CSIR), to persuade Haldane to start a genetics and biometry unit in Calcutta. He was assured that buildings, laboratory and other facilities would be given to him soon. However, once again Haldane faced disappointment as no progress was made. He began referring to CSIR as the Council for the Suppression of Independent Research. Within a year, Haldane left the CSIR stating in his letter of resignation something that remains depressingly true even today, “It is the intolerable conditions imposed by bureaucrats and not the low salaries or the lack of equipment which cause so many Indians to take up posts abroad.”

When Biju Patnaik heard of this, he sent two of his senior officials to Kolkata and offered Haldane the post of Director of the Biometry and Genetics Laboratory being set up at Bhubaneswar. Haldane came and met Biju, and accepted the offer. In his own words, Haldane described that he had readily agreed because he felt that “Biju was capable of displaying great respect towards individuals whom he considered to be performing worthwhile work”.

He moved to Odisha in February 1961, his students from Kolkata soon followed. He was head of the entirely independent research establishment, where he worked with his young colleagues and published a slew of papers on population genetics that are considered classics. He tried to inculcate a western attitude to doing scientific research in them – but with local material and minimal apparatus. At international science conferences, dressed in kurta and pajamas, he projected India as his country and invited scientists to collaborate on projects in human genetics. Twice, his name did the rounds for the Nobel Prize. He had befriended the ornithologist Salim Ali, who came to meet him many times.

Haldane tried to impart science in simple language to the common man “who must know what goes on inside the research laboratories, for some of which he pays”. He wrote articles and scientific essays in a wide array of journals and newspapers, gave radio talks, published books and gave many lectures both in India and abroad. A very good friendship developed between Biju Patnaik and Haldane. They used to meet and have long talks very often.

For the next three years, Haldane imparted to the  Indian scientific scene a  certain colour and character. The Biometry Lab would have become a premier institution of the nation and the world, but for the sudden death of this genius on December 1, 1964, at Bhubaneswar. Haldane had willed his body for medical research; his body was taken to the Rangaraya Medical College, Kakinada in Andhra Pradesh, where his skeleton and some body parts are preserved even today.

Years later, Biju Patnaik fondly recollected his acquaintance with Haldane. Speaking at the Anthropology Department of the Utkal University, he had said that a proposal of putting up a statue and naming a road after Haldane had been mooted by him years ago.

The matter must have got lost in the files in the State Secretariat; this will be the right time to revive the proposal as a fitting tribute to the memory of both great men, Biju Patnaik and Haldane.

The house in which Haldane stayed is still there on the OUAT campus, so is his old lab.

Incidentally, the Government of West Bengal has named the busy connecter road from Eastern Metropolitan Bypass to Park Circus area on which the Kolkata Science City is located, as the JBS Haldane Avenue.