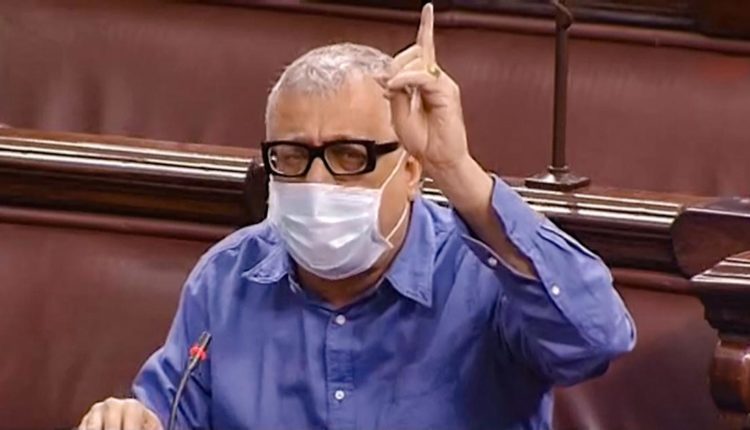 New Delhi: As many as eight MPs, including Trinamool Congress’ Derek O’Brien, were suspended from the Rajya Sabha for a week after Sunday’s chaos in the Upper House during the passage of two farm bills.

The Rajya Sabha had passed the two contentious farm bills through a voice vote on Sunday as the Upper House saw chaotic scenes and intense sloganeering. The opposition members, led by the Trinamool Congress, even climbed on to the chairperson’s podium asking for a discussion.

Rajya Sabha passed the Farmers’ Produce Trade and Commerce (Promotion and Facilitation) Bill, 2020, and The Farmers (Empowerment and Protection) Agreement on Price Assurance and Farm Services Bill, 2020. The Essential Commodities (Amendment) Bill, 2020, part of the broader farm liberalisation plan, could not be taken up.

M Venkaiah Naidu, Rajya Sabha chairman, also rejected the no-confidence motion against deputy chairman Harivansh by the opposition MPs. According to the chairperson, the motion was non-admissible under Article 90 of the Constitution.

A total of 100 members from 12 opposition parties moved a no-confidence motion on Sunday against the deputy chairperson. This was after the Rajya Sabha passed the two bills aimed at ushering in agricultural reforms.