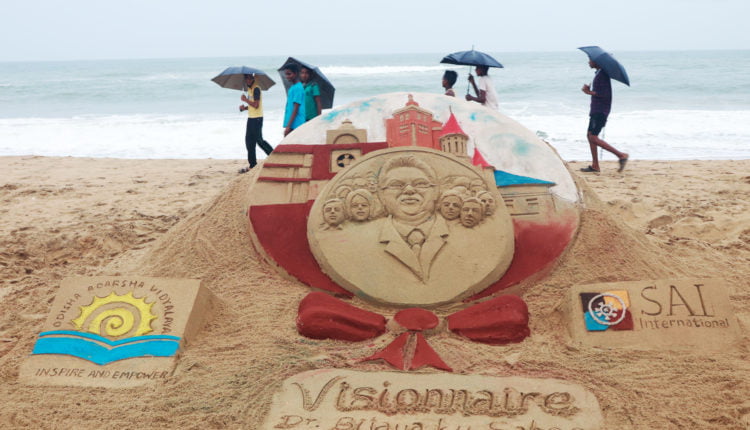 As a part of the tribute, the alumni decided to cherish the legacy of the visionary educationist with a sand art on Golden Beach in Puri on Saturday. They had invited Manas Sahoo, a noted sand artist, to carve out Sahoo’s image.

Many of the SAI alumni were also present on the site to look at the execution of the sand sculpture.

The Governor proposed that a road should be named after the educationist to honour his contribution in the field of education. “If convention allows and permits, how I wish that any road leading to SAI International be named Bijaya Path or Bijaya Marg,” the Governor said.

Inspired by the proposal, the SAI alumni requested the Chief Minister and Odisha government that the road connecting Patia Chowk and Infocity Square should be named as Bijaya Path.

The Chief Minister said, “Dr Bijaya Kumar Sahoo was a leading educationist of the state. Whenever we met, he always spoke about improving the quality of education. He was instrumental in tying up coaching classes for Class 10 and plus two students of OAVs and he will be terribly missed by his students. He played a pivotal role in making SAI International one of the leading schools in the country.”