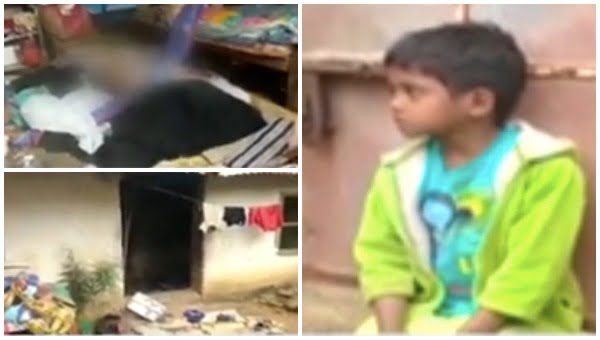 Balangir: A three-year-old girl spent two nights in her dead mother’s arms in a rented house near Shiva temple at Sagarpada in Odisha’s Balangir.

The girl, who was found sitting next to her body, was rescued by police on Monday morning.

Preliminary investigation suggested that the woman, identified as Kuni Nayak, could have died about three days ago.

According to sources, the deceased was residing in the one-room house with her daughter and working as a domestic help after being abandoned by her parents and in-laws.

The girl reached out to her neighbours when she saw insects coming out of her mother’s mouth. They soon rushed to the room and found the woman dead.

“She came here around one-and-half years back and requested me to allow her to live in the vacant room on the premises of my house so that she can earn and raise her child. She used to earn a living by working as domestic help in the locality,” said the owner of the house.

The owner further said that the woman would often fall ill. “When I spoke to the little girl yesterday, she told me that her mother was sleeping. The neighbours informed us when the girl told them about insects coming out of her mother’s mouth. Foul smell was emanating from the room. We immediately informed the police,” the owner added.

The girl had been sleeping next to her mother thinking that she had fallen asleep. The neighbours soon provided her with food and water as she had been starving for the last three days.

Police have recovered the body of the woman and sent it for postmortem to ascertain the cause of the death.