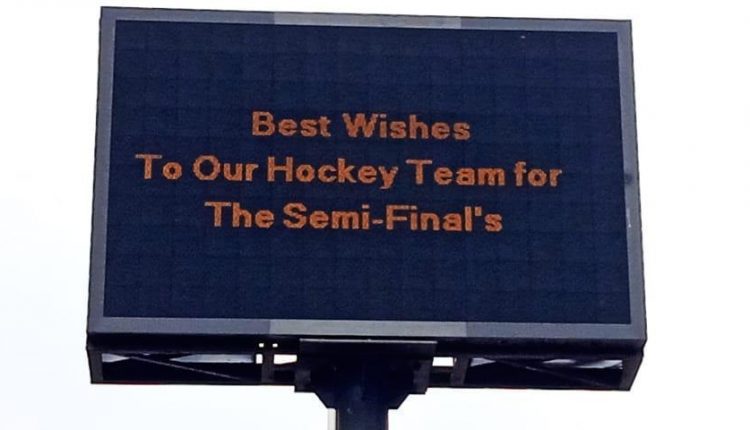 Bhubaneswar: On the day before Indian eves take on Argentina in the semifinal hockey match in Tokyo Olympics on Wednesday, Smart City Bhubaneswar wished Team India all the best through Dynamic Messaging Signboard (DMS) monitors across the city on Tuesday.

While the wishes were flashed on the DMS monitors on Monday for the men’s semi-final, it was displayed wishing luck and success for the women’s team today.

Bhubaneswar has emerged as a major hockey hub in India as it hosted major international tournaments with enthusiastic response from the sports lovers. The Odisha government is also a major sponsor of Hockey India.

Bhubaneswar Smart City Limited CEO and BMC Commissioner Sanjay Kumar Singh said, “The city has contributed a lot towards popularising hockey in the region and India. We must cheer Team India so that both the men and women’s teams would bring more honour by winning medals in Tokyo Olympics.”