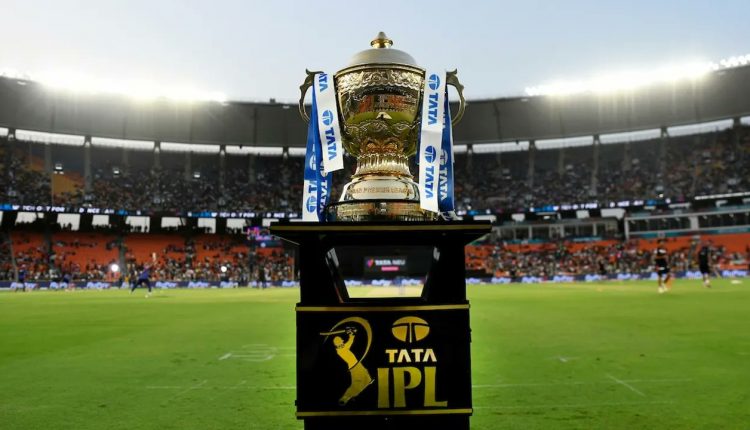 One of the most exciting times in a year for cricket fans is the phase when the Indian Premier League (IPL) kickstarts. Since its inception in 2008, the IPL almost instantly created an impression that has lasted for years and will continue to do so for the type of impact it has had. Many cricketing nations at present have adopted the idea of having a league which helps the goodwill of the young cricketers playing alongside the experienced lads that gets them a step closer to the national side.

The IPL has been one of the first few leagues to have invested in this idea and grow with it. The trophy has a beautiful message inscribed in its middle in Sanskrit which reads, “Yatra Pratibha Avsara Prapnotihi” which essentially translates to ‘Where talent meets opportunity’. Now, with the sixteenth edition of the IPL in the horizon, here is a list of five facts that will amaze you about the lucrative league-

It is no secret that the top-tier league in India is worth Billions of dollars. However, arguably the most successful side in the league are the Mumbai Indians who are valued at $1.3 billion (approx.). Interestingly, the Major League Soccer, the top-tier football league in the USA bows down to the IPL franchise in terms of the valuation. Milwaukee Brewers, Cincinnati Reds, Oakland Athletics, Kansas City Royals, and Tampa Bay Rays among other MLB (Baseball League) teams also are valued lesser than Mumbai.

The BCCI sold the media rights for astronomical figures of Rs 48,390 crores for the 2023-27 cycle. This essentially means that with a total of 410 matches played in the five years, the cost of every ball bowled in the competition will be roughly Rs 49 lakhs. Furthermore, excluding the Super Over, every over bowled will garner a massive Rs 2.95 crores.

The Royal Challengers Bangalore may not have clinched a single title, but the side is arguably the most entertaining and has kept fans on the edge of their seats with their performances. For good or bad reasons, RCB just cannot be neglected in the aspect of being called the most entertaining side. In this context, the highest ever runs scored in a 20-over match in the IPL was recorded by RCB in their match against Pune Warriors India in 2013. A record 263 runs were scored with Chris Gayle blasting 175* off just 66 balls.

RCB holds the record for the lowest total ever set by a franchise in the league. Kolkata Knight Riders (KKR) bundled RCB out for mere 49 runs in just 9.4 overs of the contest at the Eden Gardens.

Keeping aside the newly joined teams- Lucknow Super Giants and Gujarat Titans, every other side in the IPL has played the summit clash atleast twice during these years. However, Punjab kings and Delhi Capitals are the only two sides to have played just one final during their stints in the IPL thus far. The Punjab franchise played the final in 2014 whereas Delhi contested in the 2020 summit clash with both ending up on the losing side.

Fans have been live streaming matches on Hotstar after BCCI struck a deal with Disney+. Interestingly, such was not the case back in 2010 as the apex board made a landmark deal with Google to telecast all matches on YouTube. While there was a delay of five minutes between TV broadcast and live streaming on the platform, fans still made maximum use of YouTube to follow the league and Cricket News.