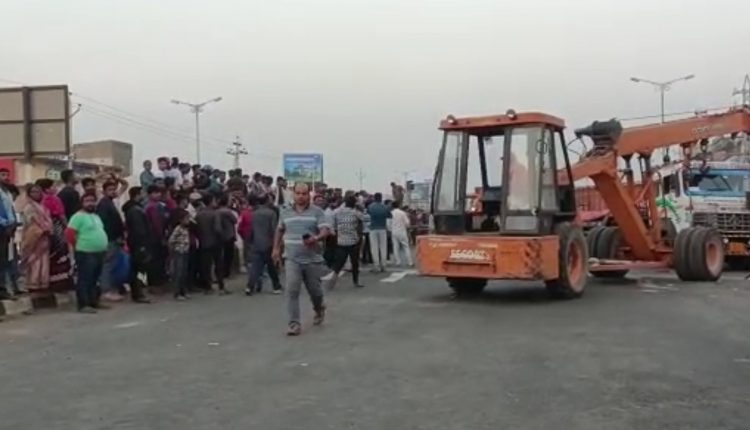 Bhadrak: Movement of vehicular traffic on National Highway-16 in Odisha’s Bhadrak district was paralysed for several hours after a bike rider was killed in a mishap on Sunday.

According to sources, the accident took place near Aradi square in Bhadrak town in the afternoon. As a speeding truck collided with another truck from behind, the second vehicle ran over the biker going ahead of it. Both the bike and its rider were crushed under the wheels of the truck.

Following the incident, the entire NH was blocked by the two trucks involved in the accident. Though hundreds of locals gathered at the spot, they could not get the biker from under the truck. Later, police reached the accident place and with the help of a crane, brought the crushed body of the biker and his motorcycle.

While the biker has not been identified, the bike carried the registration number of Baripada in Mayurbhanj district, the sources said. The police have registered an unnatural death case and sent the body for post-mortem.

What’s The Magic Trick Behind A Perfect Bake And Crispy Fry?