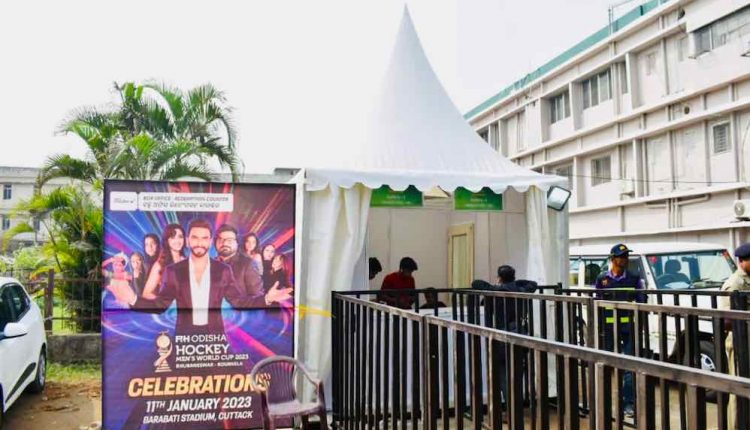 Cuttack: With Odisha’s Cuttack city hosting the opening ceremony of FIH Men’s Hockey World World Cup on Wednesday, the Commissionerate Police on Tuesday released the traffic regulation plan in and around Barabati Stadium.

The advisory has been issued to ensure smooth movement of players, officials and dignitaries and for the convenience of the general public/spectators and will remain in force from 12 noon till the end of the programme. Around 40,000, including players and officials from 16 countries and guests from across India, are expected to attend the opening ceremony. A three-fold security system will be in place with deployment of 50 platoons and 200 officers.

1. Commuters on the Ring Road, from the side of Mata Matha, will be diverted to the right, at the different three lanes before the Gadagadia Temple, and will park their vehicles at the Lower Bali Jatra Ground. The car pass-bearing vehicles will move towards Gada Gadeswara Temple, (through) Bamboo Depo Gada and be parked at designated parking lots.

2. The four and three-wheeler vehicles coming from Howrah Motor Chhak and Mastan Dargha will take the right from Grinnar Hotel towards the Ring Road and be parked at the Lower Bali Jatra Ground. These vehicles will not be allowed to enter directly towards Akash Vani Kendra.

3. The vehicles having valid car passes issued by the competent authority will move from Bamboo Depot towards Barabati Stadium.

4. No vehicles will be allowed towards Barabati Stadium from Chief Justice’s residence, CDMO office and Madhusudan Statue.

5.No vehicle will be allowed from Fire Office Chhak towards Barabati stadium via the Police Reserve Office. The commuters will be allowed to park their vehicles at Lower Bali Jatra Ground via Buxibazar Chhak, Samaj Office Chhak, Chandi Chhak, Kanika Chhak and Biju Patnaik Chhak.

6. No vehicles will be allowed directly towards Nariseva Sadan from Samaj Office Chhak. The commuters will park their vehicles at Lower Bali Jatra Ground through Mission Road, Chandi Chhak, Kanika Chhak and Biju Pattanaik Chhak

7. The vehicles coming from Stewart School side will not be allowed to proceed to Barabati Stadium and these vehicles have to take Kala Bikash Kendra (KBK) road.

8. No vehicles will be allowed from Chandi Chhak side to proceed toward Barabati Stadium and these vehicles will go via Convent School.

9. The vehicles coming from Biju Patnaik Chhak side will not be allowed to enter Barabati Stadium from Dayashram Chhak. These will be parked at Lower Bali Jatra Ground through Ring Road by the side of Deer park.

11, The vehicles coming from Chahata Chhak, will go straight through Ring Road towards Gadgadia Temple and parked at Lower Bali Jatra Ground.

12. No vehicles will be allowed towards Barabati Stadium from Convent School, PHD Chhak, Kill Khana and Dayashram Chhak. 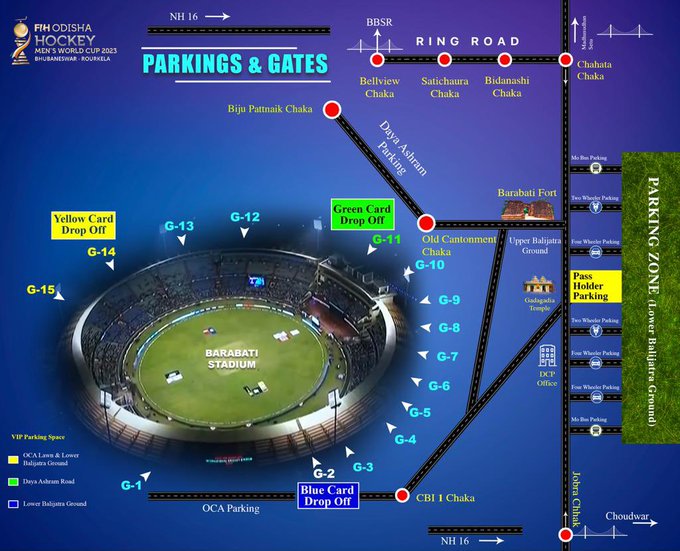 Arrangements for parking vehicles have been made at 11 places. Two parking spots are for the general public. Check here: 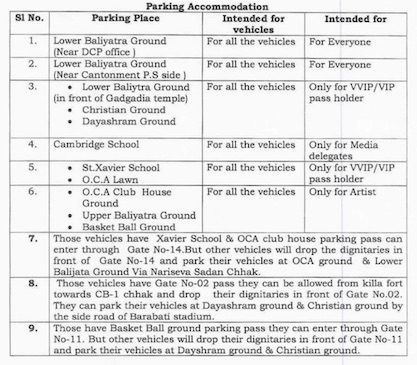 Ranji Trophy: Shantanu Mishra (52) Stands Out Again As Odisha Crumble To 191 All Out