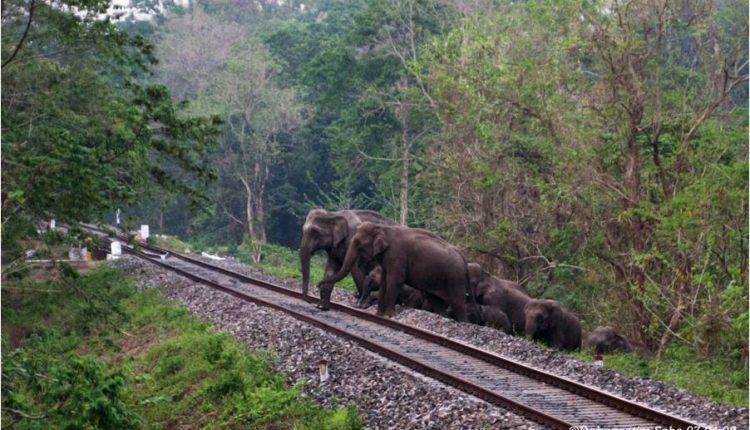 Rourkela: The train services at Odisha’s Rourkela city in Sundargarh district were affected as a herd of elephants blocked the railway tracks on Monday morning.

According to sources, the herd of 22 elephants were found moving on the train tracks at Bandhamunda railway station near Rourkela. The movement of several trains have been affected as the herd did not move from the area for a long time.

The Railway officials have informed the Forest department to drive the elephants away so that movement of the trains can be restored on the route under South Eastern Railway. Bandhamunda is a railway junction which is used by over 100 trains everyday.

As per the latest reports, the Forest officials have rushed to the spot and were taking steps to drive the elephants to forest nearby.