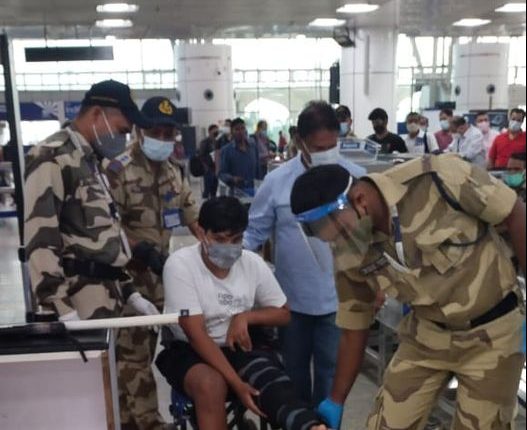 Bhubaneswar: Former Union Minister Dilip Ray on Tuesday praised the CISF personnel at the Biju Patnaik International Airport here for ensuring a hassle-free check-in for his grandson, who has fractured his leg.

“This is a note of gratitude for the Biju Patnaik Airport CISF team. Today morning I was travelling to Kolkata from Bhubaneswar with my grandson Jadyn, who unfortunately has suffered a fracture in his leg,” Ray wrote in a Facebook post.

“I was worried with regards to the inconvenience that he might face during the airport formalities but thanks to the CISF team of the airport who were kind enough to go beyond their call of duty to help my grandson seamlessly check-in as well as board the flight,” he wrote.