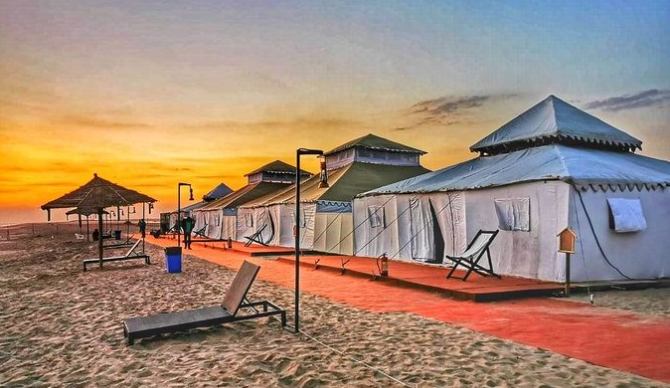 Bhubaneswar: Encouraged by overwhelming response to eco-retreat festival near Bhitarkanika National Park last year, the Tourism department had decided to organise the festival at Sonepur beach in Ganjam district.

According to sources, the eco-retreat festival will be open to tourists at Sonepur on the confluence of Bay of Bengal and river Bahuda from November 15 to March 1.

The Tourism department will set up 25 luxury tents on the beach with all facilities. Besides the beach, the tourists can participate in trekking, enjoy cultural programmes and food festival at the retreat.

The Ganjam collector will hold a preparatory meeting to host the retreat to be organised for the first time in the district. The officials of the departments concerned including water and power supply, fire, works and police will attend the meeting.

Sonepur beach, which is located 20 km from Berhampur, is the second most visited beach after Gopalpur in the district.

It may be noted that the Tourism department had decided to organise eco-retreat festival at Pentha in Kendrapada district for three and a half months from November 15.

[Watch] And Now, A Belly Dance On ‘Manike Mage Hithe’