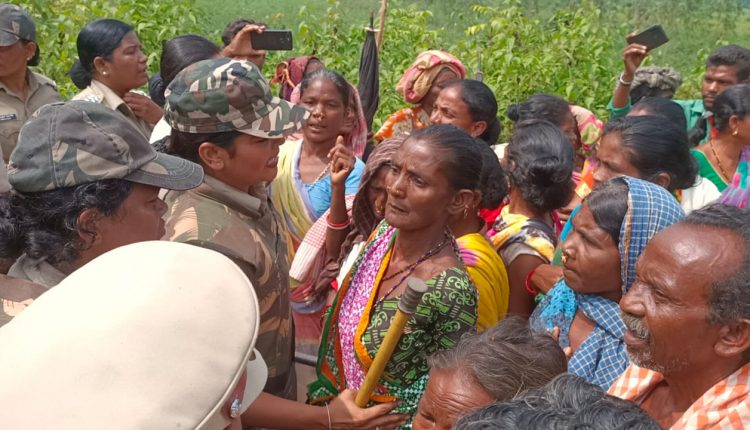 Rayagada: The government officials carried out land demarcation work for the proposed Ekalavya Adarsh Vidyalaya amid strong opposition by the locals in Odisha’s Rayagada on Thursday.

In order to implement the Central scheme on education for tribal children in the district, the state government had identified land at Pradhaniguda under Sunakhandi panchayat of Kalyansinghpur block. Rayagada collector Swadha Dev Singh had visited the area on October 13 and directed the district officials to demarcate the plot where the model school would be constructed.

Following this, Kalyansingpur tehsildar Sudhakar Raita along with revenue officials, amin and local police went to the spot for land demarcation. But a group of tribals put up a strong opposition and prevented them from carrying out the demarcation. As a result, the officials had to return without doing the work.

According to sources, majority of tribal population in the panchayat are supporting the government to set up the Ekalavya school. But a few of them, who are carrying out cultivation by encroaching government land in the identified area, were opposing it on the ground that they would lose their sources of livelihood.

The officials carried out the land demarcation work amid heavy deployment of police force. As many as 3 DSPs, 3 SDPOs and 5 IICs were present to prevent any disruption and ensure law and order in the village.

Rayagada tehsildar also talked to opposing tribals and assured them of taking steps for their rehabilitation at a different place.

[Watch] Is ‘Four More Shots Please!’ Only About Sex? The Cast Reacts