Trinidad & Tobago Diary Part I: Colours Of India In This Island Nation 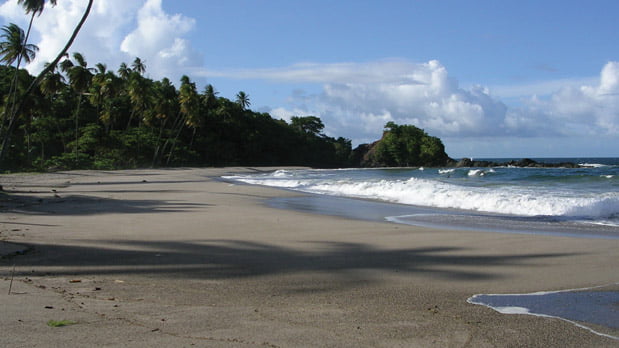 Port of Spain: As I drove into the central district of St. James of the capital city of Port of Spain of Trinidad and Tobago, I could not miss the names of the streets. They were named after towns and cities in colonial India such as Agra, Patna, Baroda, Bengal, Calcutta, Cawnpore, Nepaul, Nizam, Madras, Kandahar, etc. Soon, I came to know that the genesis of these names lies in Trinidad’s indenture history. In the 19th century, indentured labourers from India established houses here close to the nearby sugar estates.

It was on May 30, 1845, that the first ship, Fath al Razak carrying 225 Indians docked at the Gulf of Paria. Their arrival continued till 1917. Between 1845 and 1917, a total of 1,43,939 Indians came to Trinidad, about 85% Hindus and 14% Muslims. Almost 95% of these migrants hailed from the eastern Uttar Pradesh and western Bihar region. Bhojpuri was their principal language of communication. A few also came from the Madras presidency of colonial India. This year marked the 175th anniversary of their arrival.

The district of St. James, close to Queen’s Park Savannah and the Queen’s Park Oval cricket ground, houses many diplomatic missions and heritages. Queen’s Park Savannah is the largest open space in Port of Spain. It occupies about 260 acres of level land with a perimeter of about 3.5 km. Once a sugar land, it served as an estate, cemetery, cattle pasture, airstrip, horse racing track, cricket, football and rugby pitches in different phases of Trinbagonian history.

Nobel laureate VS Naipaul lived here before relocating to the UK. The house of his parents, Seepersad Naipaul and Droapatie Capildeo, which occupies pride of place in his novel “House For Mr. Biswas” is on Nepaul Street. The Indian High Commissioner’s official residence is in a nearby neighbourhood called Federation Park in St. James. Therefore, my cultural and historical journey in Trinidad and Tobago began as soon as I landed in Port of Spain on September 3, 2019.

Dr. Erick Williams, Sir V. S. Naipaul and Brian Lara are three distinct icons of modern Trinidad and Tobago, which got independence in 1962. Dr. Williams, the first Prime Minister, had a very close relationship with India’s first Prime Minister Jawaharlal Nehru from his Oxford days. As a student, Dr. Williams had met Nehru in an Oxford tearoom in 1935 where the latter was lecturing a group of undergraduate students. He met him again in New Delhi in 1961. Dr. Williams believed in inclusiveness and togetherness. I had met Mr. Naipaul fleetingly in London when I was serving in our Mission there about 15 years back. It was through reading “A House For Mr. Biswas” that I came in contact with post-colonial diaspora writings and the struggle, travails, and turmoil associated with human migration. Brian Lara, of course, is a timeless idol to the world of cricket.

As days passed by, I received invitations from various community and cultural organisations to attend multiple festivals such as Ganesh Chaturthi, Ram Navami, Dussehra, Diwali and Fagwa or Holi, Christmas and Eid. I understood the cultural history of this country as I attended some of these events and interacted with exciting people.

Out of the 42% of the population of Indian descent, 18% are practicing Hindus, 5% Muslims and the rest are Presbyterians. The majority of the people of Indian descent, especially the present generation, do not know Hindi or Bhojpuri. Their mother tongue is English and Creole. Most importantly, mainly two ethnic groups had built post-emancipation, the nation of Trinidad and Tobago, the Afro-Trinidadians having ancestry in slavery, and the Indo-Trinidadians having origin in Indian indentureship. In their collective journey of 175 years, there is considerable social and cultural intermingling.

Since the mid-nineteenth century, the social and cultural life of Trinidad and Tobago has been influenced by elements of three primary cultures –  the indigenous Amerindians (the Orisha), African (slavery and emancipation) and Indian (the indentured). As people carrying different cultural elements lived together, there have been astounding cross-cultural developments. One of the earliest religious missions in Trinidad in the nineteenth century was that of the Presbyterian of Nova Scotia of Canada. They started their work in Trinidad in 1868. One of their main focuses was to educate migrant children. Today, the church maintains 72 primary schools and five secondary schools.

Trinidad and Tobago has a literacy rate of about 98%. The state provides free education from ages 5 to 18 and compulsory education till age sixteen. It has both government-funded and denomination schools. Besides the Presbyterian Board, the other prominent denomination school boards are the Anglican Board, the Baptist Board, the Anjuman Sunnat-ul-Jamaat Association (ASJA) Board, Roman Catholic Board, the Sanatan Dharma Maha Sabha (SDMS) Hindu Board.

All schools follow a national curriculum and are open to pupils of all faiths and ethnicity. The government awards hundreds of scholarships every year to pre-university students to pursue higher education either in universities in the Caribbean region or any other country. Many of these scholarship recipients chose universities in Canada, the US, and the UK for pursuing higher education. The University of West Indies is well-reputed in the Caribbean.

The Trinidad and Tobago annual carnival is a very significant cultural festival of the region with a business worth over US$ 100 million. It is celebrated in February every year. The carnival has roots in the history of slavery. However, post-1845, the indentured Indians have added new colours and tunes to these celebrations. Calypso has now the company of Soca, Parang, Chutney Soca and Bollywood music and dance. In addition to the carnival, festivals like Christmas, Diwali, Ramleela, Ganesh Chaturthi, Dussehra, Ram Navami and Eid are celebrated with zest by Trinbagonians. They call their nation a rainbow with cultural diversity and richness.

‘Steelpan’, which produces a soft and melodic sound, is the indigenous musical instrument of Trinidad and Tobago. It can be played solo or in groups. Months before the carnival, one can hear players practicing on the Steelpan for long hours. One of the main Steelpan practice centres of Trinidad is adjacent to my office in Port of Spain. I first noticed this instrument in Ottawa, Canada when the Trinidadian diaspora invited me for a cultural evening before I left for Port of Spain to assume charge as India’s High Commissioner.

After reaching here, I explored the possibility of creating a group of local musicians who could collaborate with the Tabla teacher from India, Arshad Khan to form a group that can demonstrate the semblance of musical expressions from India, Africa and the Caribbean. The impression, in the beginning, was that of skepticism. African Tassa is loud, the Steelpan is soft, and the Tabla is somewhere in between, and it wasn’t easy to match the tempo and create something beautiful. However, my attempt has been successful. Today, we have an India-Trinidad band named “MGICC Band” at our culture centre, which has been highly appreciated by dignitaries and people of Trinidad and Tobago. The musical band, besides our Tabla player, includes two local Steelpan players, an African Tassa player and an African drum player. After enjoying several performances, the Trinbagonian musical community is now exploring possibilities for collaboration with music groups from India. 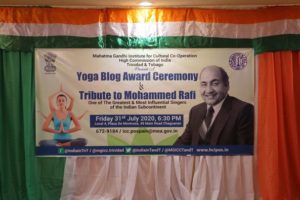 On October 2, 2020 on the occasion of the culmination of the 150th birth centenary celebration of Mahatma Gandhi, we unveiled a bust of Gandhiji at the newly- constructed Mahatma Gandhi Institute of Cultural Cooperation (MGICC) at Mt Hope, a prestigious location 25 kilometres south of Port of Spain. This cultural complex has been built on an area of 5-acres and probably is the largest cultural complex that Government of India has built outside India.

The foundation stone of the complex was laid by late Prime Minister of India Atal Bihari Vajpayee and then Prime Minister of Trinidad and Tobago Dr. Basudeo Pandey in 1999. The operationalisation of the culture centre at this complex has historical significance as the nation celebrated the 175th year of Indian arrival in 2020. Earlier, we were operating out of a rented premise. Trinbagonians love Gandhiji. One can see his busts and statues in different public spaces like parks, community houses, and lanes. There is also a village named Gandhi Village. 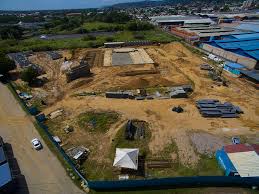 Practicing Hindus in Trinidad and Tobago retained many religious practices and traditions. Many households place pennants of different colours, locally called ‘jhandi’ in one corner of their courtyards where they have a small family temple. Each colour represents one god or goddess. The white represents the goddess Saraswati, the red Hanuman, the yellow Krishna, and the pink Laxmi. Throughout the year, they conduct puja of different gods and goddesses, and after the puja, they stump a ‘jhandi’ in his or her name. The ‘jhandi’ usually has a picture of the god or goddess printed or stitched into it. New ones replace old flags, and the former is floated in river or sea. The most popular flag is that of Hanuman.