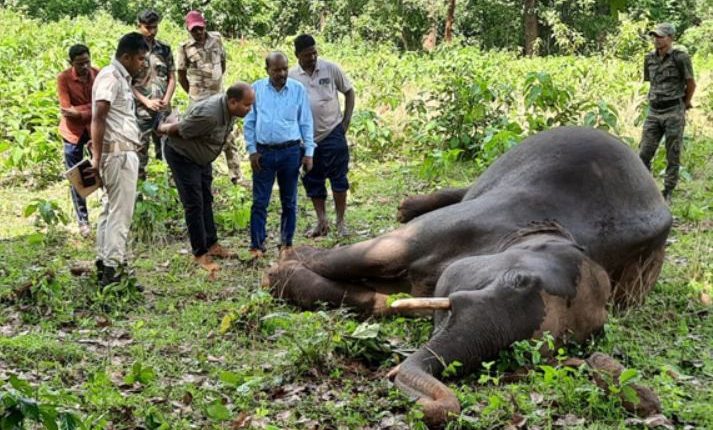 Baripada: A wild tusker was found dead inside a forest in Karanjia area of Odisha’s Mayurbhanj district on Monday.

According to sources, locals spotted the carcass near Dangadiha under Thakurmunda range of Karanjia forest division in the district.  Soon after getting information, officials of the forest department reached the site and seized the carcass which was then sent for postmortem.

Senior officials including the Divisional Forest Officer (DFO) of Karanjia also visited the spot and enquired about the carcass from residents of nearby villages.

The forest officials have launched a probe to ascertain the circumstances that led to the death of the jumbo. The exact cause and time of its death will be known only after getting the postmortem report, they said.

Karan Johar Trolled Even After Quitting Twitter; Netizens Say He Won’t Be Missed