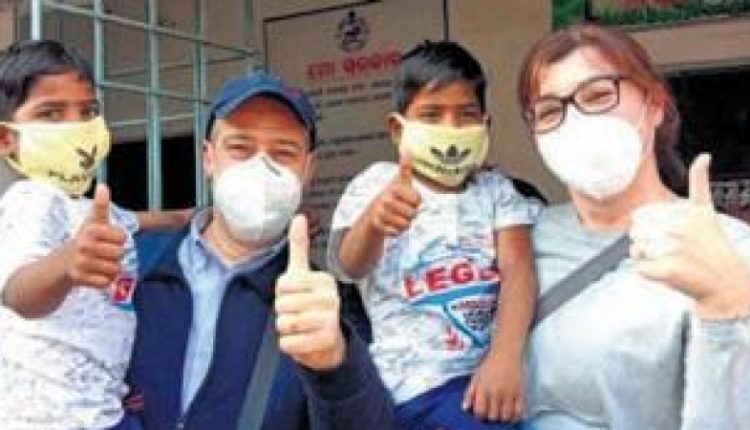 The twin boys, who were living in child care unit at Rashgobindpur here, will now be raised by the Italian couple as their children.

The decision was not a sudden one. The parents had built a strong bond with the twins over the last two years when the couple first expressed their interest to adopt them. The twins were rescued by District Child Protection unit in December 2018, as per a report in The New Indian Express.

The childless Italian couple learnt about the twins from the website of Central Adoption Resource Authority (caRa) and expressed their interest through a government-authorised organisation.

District child protection officer Mamatamayee Biswal said after CaRa issued a no-objection certificate, a case was filed in the juvenile court (a procedure followed in adoption cases) on August 24 this year and the court granted permission after a scrutiny.

The couple had been constantly interacting with the twins through video-conferencing and could finally take the five-year-old into their arms in the presence of Additional District Magistrate Dhruba Narayan Mohanty. The four of them had struck an instant bond.

Feminist Movies 2020: When ‘Real’ And ‘Reel’ Women Met To Create A Powerful Impact