Twist In Gobinda Sahu Death Case! Lawyer Claims He Was Alive On Way To Hospital 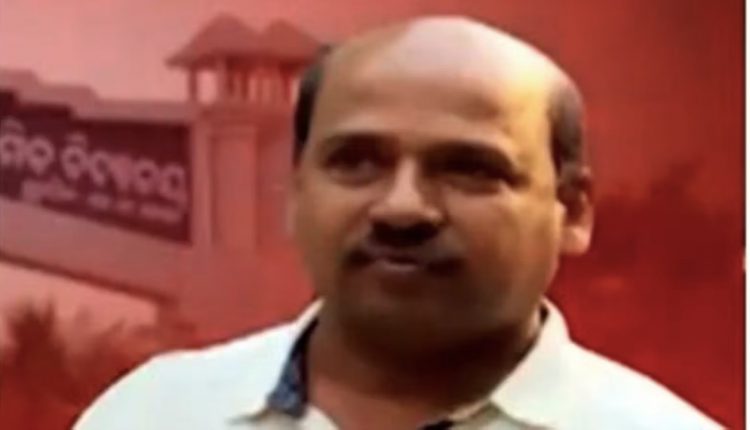 Bhubaneswar: In the much-hyped Gobinda Sahu death case, his lawyer Durga Mohan Padhi on Saturday claimed that he was alive while being taken to the hospital by jail authorities.

Padhi further said that circumstantial evidence, in this case, does not indicate suicide. “We were in the court when we heard about the incident. When I reached the jail, Sahu was being taken to the hospital and he was very much alive and breathing at that time,” Padhi told local media.

Earlier, in the day the Crime Branch team visited Sahu’s residence in Kalahandi and questioned his family to ascertain further details about his mysterious death. The cops have also seized a diary from Mahaling college.

Notably, Crime Branch IG Amitendra Nath Sinha and his team recreated the death scene on Friday. “To understand the incident and its sequence, we recreated Sahu’s death scene at Kantabanji sub-jail. A person, approximately Sahu’s age and weight was used in the recreation. A wooden log, on which Sahu had climbed and tightened the noose of a gamcha (towel) around his neck from the kitchen’s window railing, was used,” TOI reported a Crime Branch officer as saying.

The probe agency seized DVDs containing the photographs and videos of the investigation and postmortem of Sahu from the district forensic science laboratory. The inmates of the jail were also examined.

Meanwhile, the agency refused to elaborate on the contents of some handwritten notes, purportedly written by Sahu in jail before his death, which were seized from his ward on Thursday. A bunch of documents, including some handwritten papers, an FIR copy and a final form related to Mamita Meher murder case were seized from the ward. Daily medication registers and a personal file of Sahu were also seized.

Police have also decided to send the envelope recovered from his pocket to a forensic laboratory for examination.

While the police suspect Sahu died by suicide, his family members and opposition parties have been demanding a CBI probe, alleging that he was murdered in judicial custody.