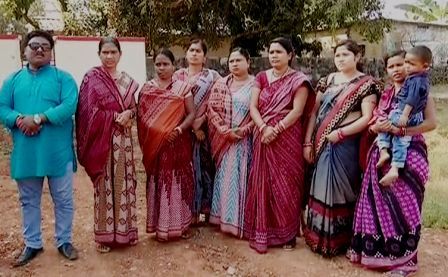 Bhubaneswar: The case of the two missing BJP zilla parishad members in Bargarh district took a new turn on Sunday.

The two members along with seven other zilla parishad members told the media that BJP’s allegation of them being abducted was utterly false.

On the other hand, BJP has accused BJD president and Chief Minister Naveen Patnaik of stalling development work. “There is a clear instruction from Naveen Niwas to disintegrate BJP in Bargarh district and this is why our party’s zilla parishad members are not allowed to take up any developmental work in their area. Efforts are on to dissolve the zilla parishad. We will take up the matter with the Election Commission,” BJP spokesperson Pradip Purohit told the media later in the day.

He further said that BJP will initiate anti-defection law against the nine zilla parishad members.

Alleging that the two former BJP zilla parishad members, Parbati Bhoi and Sushma Bhue, were missing, the party’s state vice-president, Ashwini Sarangi, on Saturday had accused BJD of hiding the duo at a secret location in Sohela and offering them huge benefits.