Twitter Loves This Jugaad Of ‘Touch Me Not Pani Puri’ Machine 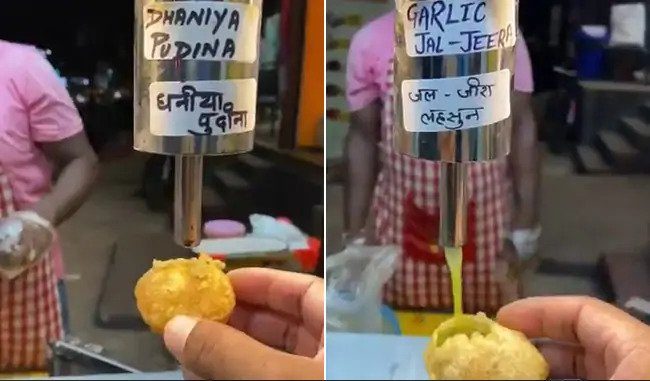 Raipur: Pani puri is a hot topic because of a video doing the rounds on social media that shows a pani puri vending machine dispensing different flavours of water.

With no-contact and social distancing becoming the ‘new normal’ in the times of coronavirus, this automatic pani puri vending machine is the need of the hour.

IAS officer Awanish Sharan took to the microblogging platform on Tuesday to share a video of a panipuri shop here, which has deployed the machine to dispense flavoured water automatically.

The video, filmed at the establishment which is aptly named ‘Touch Me Not Pani Puri’, shows a customer using the vending machine to sample different flavours of water – garlic, ‘khatta meetha’ and ‘dhaniya’ pudina. The machine uses sensors to dispense the flavoured water. Sharan praised it as an amazing ‘jugaad’ or hack in his tweet.

As of now, the video has garnered over 27,000 views and dozens of impressed comments.

One More Succumbs To Hospital Fire In Chhattisgarh Capital;…

Complete Lockdown In Raipur From April 9-19