Cuttack: A goods train derailed near Cuttack on Tuesday afternoon.

According to sources, the goods train was enroute to Khurda from Bhadrak when one of the wagons derailed on track number-10 near the level crossing in Sikharpur. 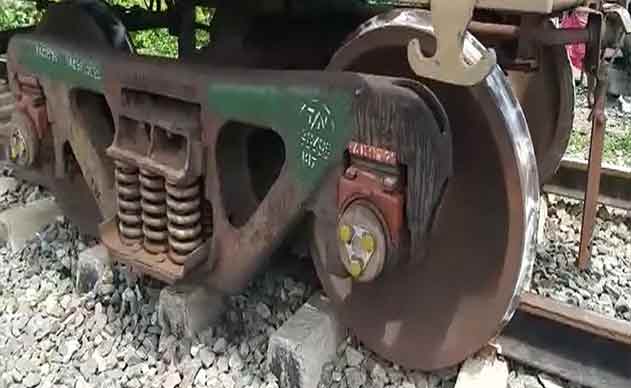 On being informed, a technical team of the East Coast Railway (ECoR) and the Railway Protection Force (RPF) personnel rushed to the spot to assess the situation and probe the cause of the derailment.

Traffic on this route, however, has not affected, the Railway officials said.

Twitter Loves This Jugaad Of ‘Touch Me Not Pani Puri’ Machine

Are You Travelling To Bengal? Keep RTPCR Negative Report…