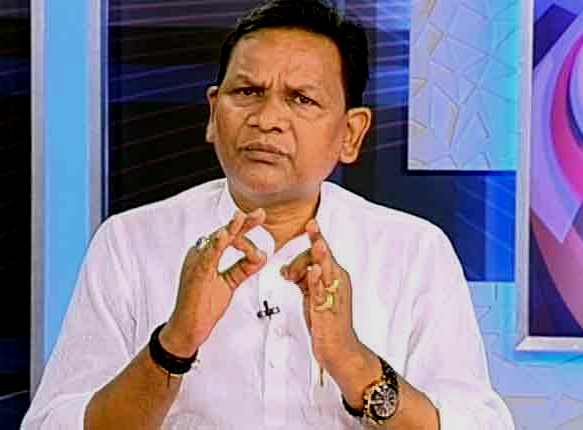 Bhubaneswar: Contrary to the decision taken by the Odisha government to ramp up COVID-19 tests from Monday, a senior BJP leader of the state has alleged acute shortage of testing kits in two hotspot districts of western Odisha.

In a Twitter post on Saturday, senior BJP leader and Leader of the Opposition Pradipta Kumar Naik said due to the acute shortage of rapid antigen testing kits in Kalahandi and Nuapada districts where the community transmission seems imminent, the people are now going to the neighbouring Raipur in Chhattisgarh and Visakhapatnam in Andhra Pradesh at their own cost to undergo the test.

“Going by the fact that COVID-19 cases in remote areas of these two districts near the border of Chhattisgarh have gone up alarmingly, going out to these two neighbouring states for test under these circumstances is like inviting more infection. I request the Chief Minister to urgently intervene in this matter and do the needful,” Naik pointed out.

Stating that the people of the two districts are not willing to undergo the RT-PCR test as it takes at least 4-5 days to get the test result, he urged the state government to immediately provide more rapid antigen test kits to these districts. “As of now, 10 rapid antigen tests in each the community health centre (CHC) and 25 in the district headquarters hospital in Kalahandi district are done every day which is like a drop in the ocean. The state government has to take note of this with utmost urgency failing which the situation will go out of control,” Naik maintained.

The BJP leader further said as the workers of Kalahandi and Nuapada districts have now returned from Chhattisgarh in large number to their native villages due to the lockdown, there is an urgent need to conduct their rapid antigen test.