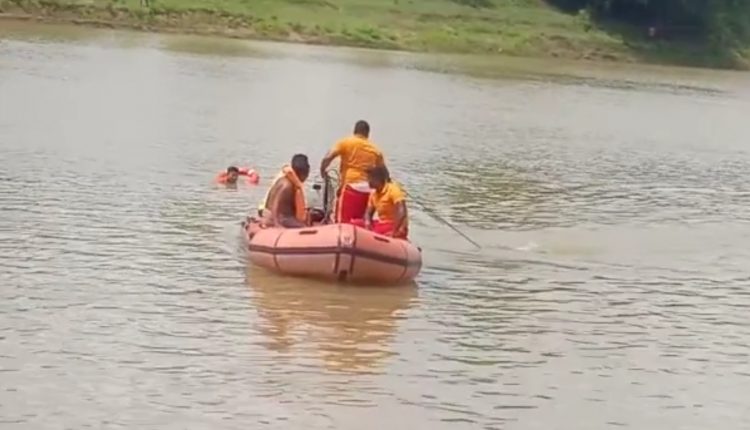 Kendrapada: A day after three of four minor brothers drowned and one went missing while bathing in Koel river in Odisha’s Rourkela city, two cousins met similar fate in Kendrapada district on Sunday.

According to sources, Sahil Mallik of Narendrapur in Cuttack district along with his parents came on a visit to his relative’s house in Misar village under Garadapur block of Kendrapada district. After reaching the relative’s house, Sahil along with his cousin Aryan Mallik went to play on the banks of river Chitrotpala near the village.

After playing for some time, both Sahil and Aryan went to bath in the river which was in spate following continuous rainfall for the last few days. While bathing, both of them were reportedly pulled deep inside the river by a strong current and drowned.

While their families were not aware of the fact that the two children had gone to the river, there were nobody on the banks when Sahila and Aryan went for bath. After some time, some fishermen spotted Aryan floating on river water. They brought him out of water and informed his family.

Aryan was rushed to a hospital in Nishchinta Koili where the doctors declared him brought dead. On being informed, two teams from Fire Brigade at Korua came to the village and started a search operation. But they failed to trace Sahil.