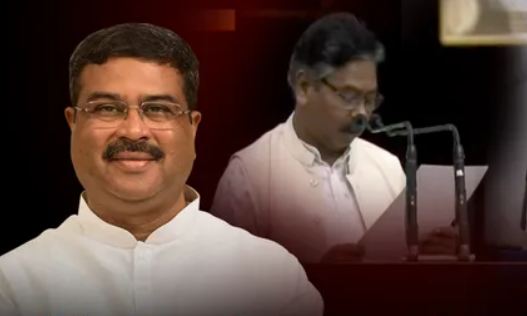 Bhubaneswar: Union Ministers Dharmendra Pradhan and Bishweswar Tudu are set to attend the three-day training camp being organised by Odisha BJP at Puri from September 13, ahead of party president J P Nadda’s two-day visit to the state to galvanise the organisation for the 2024 elections.

As the saffron party has stepped up its organisational activities for the Odisha Assembly and Lok Sabha polls due in 2024, the training programme is being held for state BJP functionaries in the seaside town from September 13 to 15.

Among others, BJP state unit’s office bearers, executive members, district presidents, party MLAs and MPs will take part in the training programme. Details about the training camp were finalised at the core committee meeting held recently under the chairmanship of party’s national general secretary and Odisha in-charge Sunil Bansal.

While the party holds training programmes at regular intervals to keep its functionaries and leaders abreast with new developments and emerging challenges, the upcoming Puri camp will focus on the 2024 elections.

The training camp is being held close on the heels of the Odisha visits by at least seven Union Ministers on Friday and Saturday to review the implementation of different central schemes in the state.