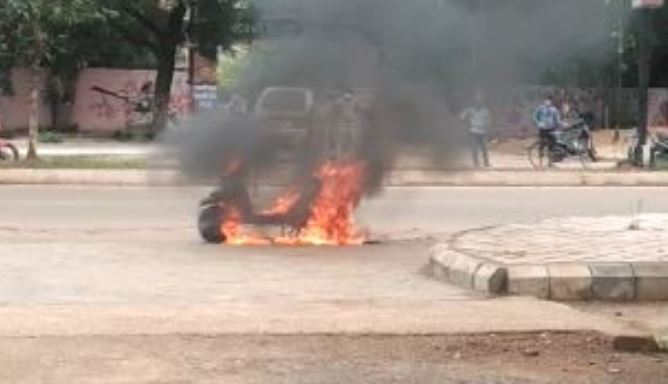 Bhubaneswar: A man has a narrow escape after a two-wheeler that he was riding caught fire near a filling station in the Odisha capital in the early hours on Wednesday.

According to sources, the incident took place when the man was returning from a filling station near Rama Devi Women’s University after filling petrol in a scooty.

He immediately left the vehicle and informed the fire brigade, who rushed to the spot and doused the fire. However, by that time, the two-wheeler was completely gutted.

Although the exact cause of the fire was not immediately known, it is suspected that a short-circuit could be the reason.

Habisiali Bhawan In Puri Gets Ready To Welcome Jagannath Devotees