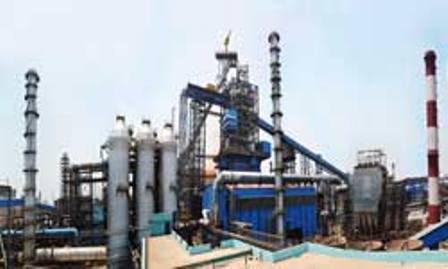 Rourkela: At least 4 workers died and 6 others are seriously ill following a gas leak in Coal Chemical department (CCD) of Rourkela Steel Plant on Wednesday.

According to sources, at about 9 am, about 10 contract workers of Panda Construction were engaged in pipe maintenance job in CCD. They were working at Site A of Booster house and were to replace the gas pipe.

During this time, one after another worker started feeling uneasy, following which ambulance was called in.

About 10 affected workers were initially were shifted to first-aid center and from there they were sent to Ispat General Hospital (IGH). Four of them, who were serious, died in the hospital.

It is suspected that the injured workers are affected with Cokeoven gas, while attempting to replace the pipe.

RSP source said, the gas leak can only be confirmed after an inquiry. “A high level inquiry into the incident has been ordered by the management,” said a RSP official.

Meanwhile, Dipak Chattaraj, CEO, RSP has expressed deep anguish over the untimely demise of the four contract workers. “RSP will extend every possible support to the bereaved families,” he said.