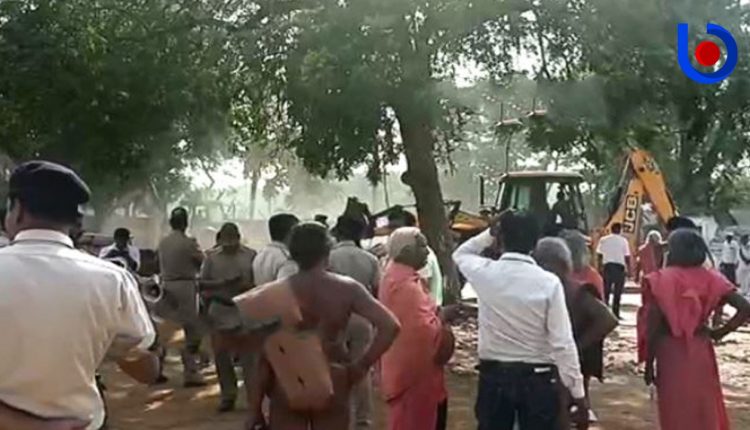 Dhenkanal: Amid tight security, a demolition and eviction drive was launched by the authorities at the main shrine of Mahima Gadee at Joranda in Odisha’s Dhenkanal district to remove encroachments.

According to sources, the district administration imposed prohibitory orders under Section 144 of CrPC to ensure smooth operation and prevent any untoward incident during the drive to remove unauthorised and illegal structures.

As tension prevailed in the area when the drive was launched, four platoons of police force were deployed to prevent any major incident.

Sources said at least four structures stated to have been illegally constructed on a large patch of land inside the main shrine premises were demolished.

The drive was undertaken in the presence of a special magistrate, the local Sub-Collector and four platoons of police force. Two JCB machines were pressed for carrying out demolition.