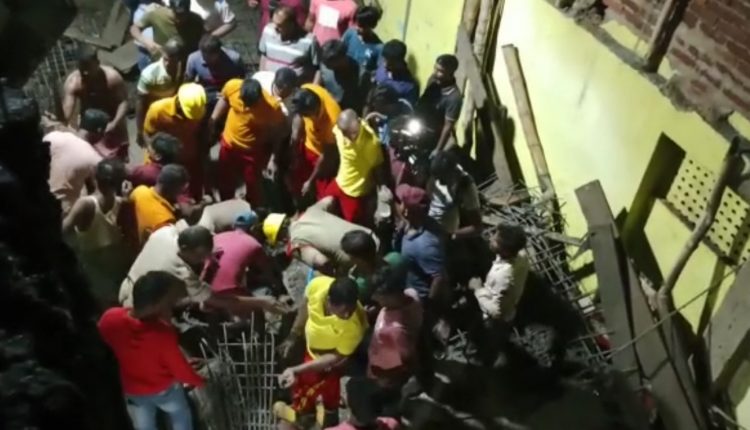 Puri: Five construction workers were rescued after they were trapped as an under-construction roof of a house collapsed in Odisha’s Puri town on Wednesday evening.

According to sources, the workers including mason Bharat Jena were engaged in house construction work of Bibhuti Mishra at Masanichandi Chhak in the town. While they were constructing the roof of the house, it collapsed in the evening.

All the five workers were trapped under the debris of concrete and iron frame of the roof. On being informed about the mishap by Mishra, Fire personnel rushed to the spot and launched rescue operation.

The Fire personnel managed to bring out four workers who had not sustained major injury in the incident. But it took them several hours to rescue the mason who was almost buried under the debris.

However, following rescue operation that lasted for several hours, the Fire personnel brought Bharat from under the collapsed roof. The mason, who sustained critical injury on left leg, was admitted to district headquarters hospital in the town. His condition was stated to be stable.