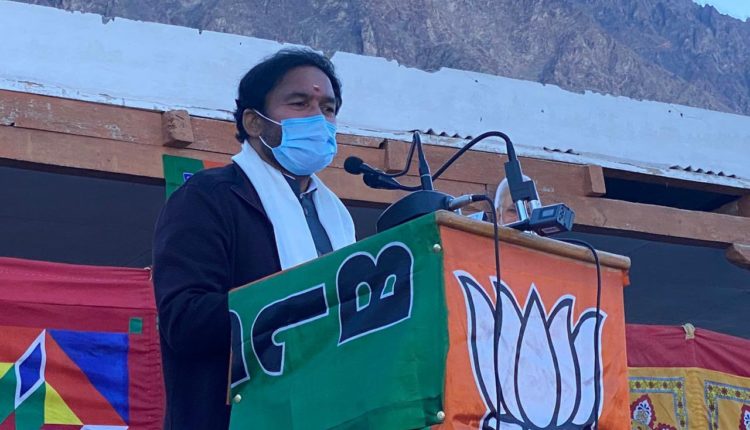 New Delhi: Union Minister of State for Home GK Reddy, who is on Ladakh’s Leh district tour, warned China and Pakistan against “interfering in India’s internal affairs.” The minister declared a slew of developmental projects for the region, according to The Hindu.

“No foreign country has any locus standi to intervene in the internal affairs of India. Why would [Pakistan Prime Minister] Imran Khan and the Chinese minister comment on granting Union Territory status to Ladakh?… It’s our internal issue,” Reddy said at a press conference in Leh, reported The Hindu.

“All these parties are speaking in one tune along with China and Pakistan,” Mr. Reddy said referring to statements of J&K parties, including the National Conference (NC), the Peoples Democratic Party (PDP) and the Congress, on Article 370. “They are speaking against the country. The tone and tune is one, which is unfortunate,” the minister added.

Reddy was particularly miffed over NC leader Farooq Abdullah’s recent statement on China. “How can a senior political leader, who is a Member of Parliament (MP), talk about China’s support in restoring Article 370 during the escalating tensions with China in eastern Ladakh?” he said.