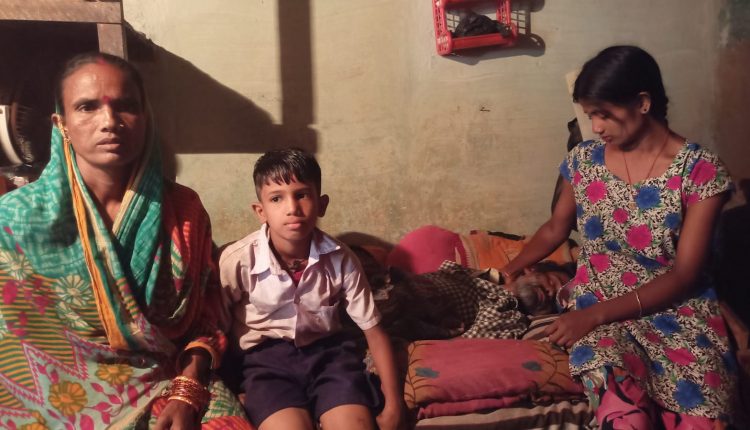 Talcher: Stung by poverty, a family of six is running from pillar to post for help with its lone earning member remaining bedridden for months due to some unknown disease at a village in Talcher area of Odisha’s Angul district.

Life has come to a standstill for its members as 44-year-old Padia Mahapatra, head of the family, has been confined to bed after being afflicted with some unknown disease at Talabeda village. He used to do odd jobs to eke out a living.

As Padia is now unable to move out for work, the family’s source of income has dried up, leaving his wife Padmini worried. She does not know how to handle the difficult situation and feed the family members.

The only solace for the poor family seems to be the subsidised rice provided by the government at Rs 1 per kg, she says.

However, due to abject poverty Padia is unable to get any medical treatment for his ailment.

Worsening the woes of the family, his 20-year-old daughter is also suffering from some neurological ailment, but she is deprived of medical treatment due to paucity of money.

In this hour of crisis, Padmini has appealed to the government, organisations, philanthropists and benevolent people to extend financial help to enable her to ensure proper medical treatment of her husband and daughter. She has given her mobile phone number 9078480328 for contact.